Need music player apps for your iPhone? Well, if you’re not completely satisfied with the default iOS music player, you can always download the one you love from the official App Store.

With tons and tons of iPhone music apps spread across the web spectrum, it becomes difficult to decide on the ones that actually resonate with your music choices and provide you great listening experience.

But we’ve got you sorted. We’ve rounded up a bunch of the best music apps for iPhone that you should try in 2021.

If you don’t want to use the default Apple Music app, here are some of the best iPhone music player apps that you can use to listen to your favorite songs.

Undoubtedly one of the best free music apps available to download for iPhone. It emphases on a fluid and intuitive interface, and relies on swipe gesture interactions in the player (disregarding basic playback buttons).

Currently, it has 30,000+ radio stations (perfectly categorized by countries and genres) and an inbuilt equalizer with preset scores and an adaptable GUI to suit the sound according to tastes.

A high rated offline music player for iPhone, iPad and other iOS devices, Vox player also gives you a chance to link your other music sources (like SoundCloud and iTunes Library) to one single account.

This is undoubtedly one of the best music player apps for iPhone, especially for those who want to enjoy music in the highest possible quality.

Cesium is like a rich man’s music player but accessible to everyone. A neat blend of striking looks and ease-of-use, it lets you take control of iCloud and iTunes library effortlessly.

It aces navigation features with its intuitive swipe gestures. You can either play an artist, album or playlist or even shuffle it by swiping left to right. You can also manage your music queue and edit or reorder it as you like.

Besides these intuitive gestures, you have a choice between night and day modes and RGB sliders to alter the default accent colors.

This music player app for iPhone doesn’t offer much except simple music playing, yet its high-end features enhance its simplicity more.

The slick and bold user interface cooperates with the adaptive themes (for e.g., if the album color is red, then the UI s red too). Some of its additional features are video playback, accessibility support, and playback support.

It is also available in 7 different languages (global domination – one language at a time!).

MacStories, a prominent critic in the Apple world, has claimed that “Ecoute is the best music player for iOS Period” And we are not contradicting that.

This clean and beautifully interfaced app is immersed with various features that rank it high on different lists.

It adds songs on the go and recognizes them quite quickly and allows you to be a social media fanatic by helping you share music with others.

It also acts as a screen brightness control app and protects your eyes from harmful blue light by switching automatically to night mode.

Spotify, the cool app that everyone seems to love (over 75 million subscribers, duh.), enables its users to enjoy music offline and currently ranks as the best music player for iPhone in the world.

It includes a wide range of libraries (over 40 million tracks!) and lets you search any music including artists in its huge expanse of collection.

Other than songs, you can also stream audiobooks and podcasts without paying even a dime.

Spotify even offers a free tier service (can it be more perfect?) but the user will have to bear with some ads. To avoid that, the users will have to opt for Spotify Premium.

This major streaming music service offers sound quality that compares to a CD’s. In the past, it even has released exclusive music from various stars like Kanye West and Beyoncé.  Its music streams are of high-fidelity, and it consists of lots of video content (including concert live-streams).

If someone is a fan of R&B or hip-hop or a mix of both, then this app is a perfect music player for them.

TapTunes is one of the best music player app, providing you a new way to look at your music albums and consisting of flashier features. It displays artworks of songs, and you could tap on the one you want to play. That means no more scrolling to find your songs.

Its user interface takes the application to a premium level. It is simple and sleek, making TapTunes the best iOS music player of all time. You get five browsing displays, gesture controls, audiobooks, and podcasts support. All of this would make you connect more and more to your favorite music.

SoundShare, a beloved name in the music playing world, is a social linking network for songs and playlists.

It’s not just a plain music app; rather it lets you connect to varying music services, collaborate your playlist with your friends, and tune into the playlists of your loved ones all under one roof.

You can also do other stuff while listening to songs because of its built-in player. Another impressive option that makes SoundShare the best audio player for iPhone is that it allows you to listen and watch full music videos right in the confines of your device via AirPlay.

One of the best music player apps for iPhone, Boom is equipped with advanced audio features, presets, and predefined equalizer profiles.

It consists of a sleek, hands-on, and clean user interface. It offers multiple music libraries, a chance to personalize the playlists and control the audio with audio intensity control

The app can also access music from your Dropbox or Google Drive accounts, making it much easier for “music stores”. Some people even regard it as one of the best free music player app for Android. So Android users, you have great options for yourself too. 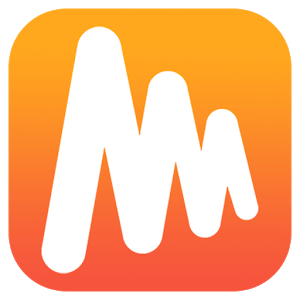 Musi is an impressive iPhone music player app for people who like to enjoy music on the go. With Musi at your disposal, you can stream YouTube music, create playlists, and listen to an unlimited number of your favorite songs, all for free.

However, the millennial music aficionados will have to shell out some money to enjoy an ad-free music listening experience. 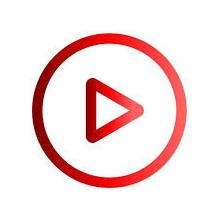 Compatibility:- Requires iOS 9.0 or above

Radsone Hi-Res Player offers analog quality audio and has the capacity to improve the playback quality than other iPhone music player apps. It offers high-resolution audio playback up to 24bit/192KHz. Apart from this, Radsone has full volume control and the capabilities to edit the playlist. One of the best features of Radsone is – DCT (Distinctive Clear Technology), which is a technology that optimizes the sound according to the distinct listening environments and doesn’t lose the actual quality of the music. 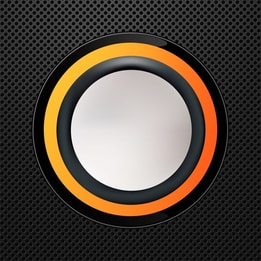 Looking for the best music player app for iPhone? Then, you should definitely try Flacbox, an exceptional music player app available for iPhone users. This application supports almost every audio file format. So, you can open any kind of music file with Flacbox. Plus, this application is highly compatible with all the available cloud services including My Drive, OneDrive, Dropbox, MEGA, Google Drive, and so on. With this application, you can download your most preferred music for offline listening.

And this was our list of top music player apps for iPhone that can be downloaded by clicking on the links provided. We hope that you love them and use them every time you think about listening to music. So what are you waiting for? Download your favorite iPhone music player now and elevate your music listening experience.

If we missed out on any, do let us know in the comments section below.