Also known as PlayerUnknown’s Battleground, PUBG does not need any introduction and is heavily popular amongst the gaming fraternity. This battle royale game was first introduced in 2017 and has been beating its number ever since until earlier this year. Considering its Chinese connection, the gaming app has been recently banned in India along with 117 other applications.

The news came as a huge shock to the gaming community, which is now looking for comparable PUBG mobile alternatives. If you are amongst those unfortunates fans, then this article here has got you covered. Here we will introduce some of the best games like PUBG mobile for iOS and Android phones in 2020.

So, without further ado, let’s dive into the world of mobile games similar to PUBG.

Best Games Like PUBG Mobile For Android & iPhone in 2020

Here we have created a well-researched list of best PUBG mobile alternatives for Android and iOS devices. Each of the games mentioned here offers class apart gaming experience along with visually appealing graphics and incredible gameplay. These games are easy to navigate and offer great compatibility across various platforms. 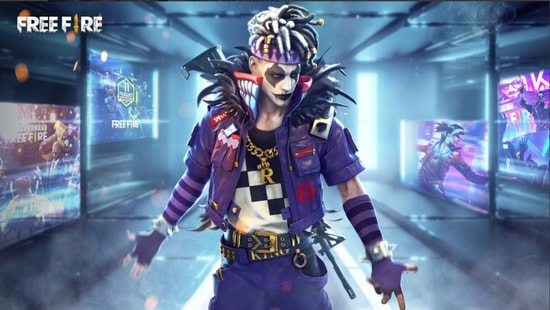 First on our list of free games like pubg mobile for iPhone and Android devices is Garena Free Fire. This incredible mobile game has a lot to offer and is loaded with impressive visuals and stunning gameplay. As a player, you are required to fight against 49 players in a time frame of 10 mins.

The game offers a great way to polish your gaming skills before you decide to experience a high-capacity fight. It features a remote island where you will find various weapons to fight for your survival. The biggest highlight of this popular PUBG mobile alternative is the voice-chat feature. The feature allows you to form a squad of 4 members to prepare a winning strategy.

Read Also: How to Play PUBG Mobile on PC Without Emulator

What do we love about Garena Free Fire: 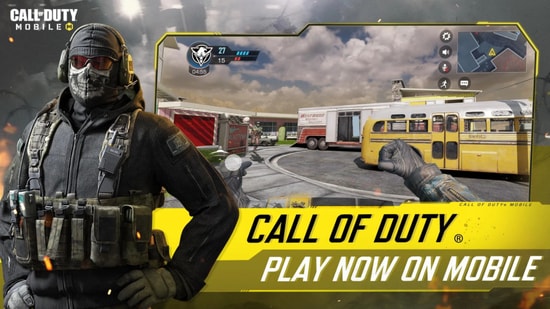 Call of Duty is one of the most popular royale games that the gaming fraternity has seen. Launched last year, it has already tasted immense popularity and is considered to be one of the biggest competitors of PUBG. It has almost everything on board that we love about PUBG.

The game has a lot to offer including a variety of stock battle royale genres along with multiple gaming modes like CoD Black Ops and 5v5 Deathmatch. In addition to this, it also comes with various customization options, advanced weapons, and characters that gradually unwinds as you move ahead in the game.

What do we love about Call Of Duty: 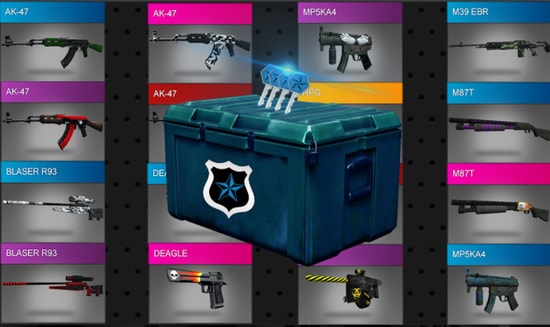 The game menu is quite simple but does not leave any chance to surprise you with its massive range of guns and weapons to select from. Rocket launchers and advanced guns add on to the beauty of this crazy gameplay.

You can use the Right Arrow button to visit the lobby list where you can either join an existing lobby or create a new one of your own. Each lobby has two teams, the Red and the Blue team which can fight each other for a time of maximum 20 minutes.

The game is based on a point system, and 1 point is granted to a team for killing a member of the opponent’s team. Pick this survival FPS game to build your squad and fight for survival.

What do we love about Battle Royal Strike Survival: 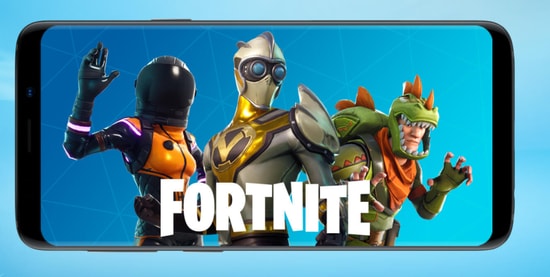 With the ban of PUBG along with other Chinese apps by the Indian government, Fortnite has been blessed with a great growth opportunity. Until now the game was available for both iOS and Android platforms but has recently been removed from the Play store. However, if you wish you can download the beta version of this great PUBG mobile alternative from its developer’s website.

The game offers 4 distinctive gaming modes including Party Royale, 100-player battle royale, Save the world, and Creative. In terms of gameplay, players have to fight against each other to earn their survival in the game. The only downside of this best games like PUBG Mobile is that its humongous download size.

What do we love about Fortnite: 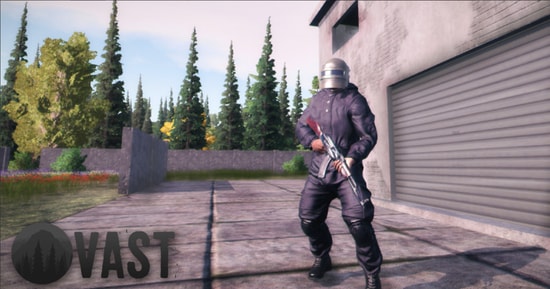 Another incredible battle royale game that you can pick in absence of PUBG is Vast Survival. As the name suggests, the game revolves around the last player standing in the fight. Developed by HooDoo, it is an ever-evolving and free multiplayer survival game from smartphones.

The games come with several exciting features including military bases, buildings, voice chats, crafting, rusty towns, dense forests, weapons, and much more. Unlike other survival games, your enemies include other players along with dangerous animals, sickness, weather, and other environmental conditions.

What do we love about Vast Survival: 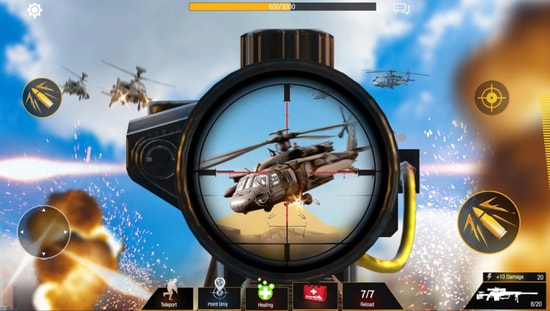 Next on our list of best and powerful games like PUBG Mobile is this intelligently designed sniper game from Horus Entertainment. This multiplayer shooting game is backed with ample attachments and modern sniper guns which you can use to defeat other warriors and earn a spot on top of the leaderboard.

If you want to experience real-time battlegrounds then BulletStrike Battlegrounds is a perfect pick for you. For better user experience the game also releases and updates its features from time to time.

Unleash your snipper strike skills and use different tactics to win this FPS shooting game. Sniper PvP and PvE are the 2 modes that the game offers. Become a sniper assassin with BulletStrike Battlegrounds and enjoy a challenging and unique survival experience.

What do we love about BulletStrike Battlegrounds: 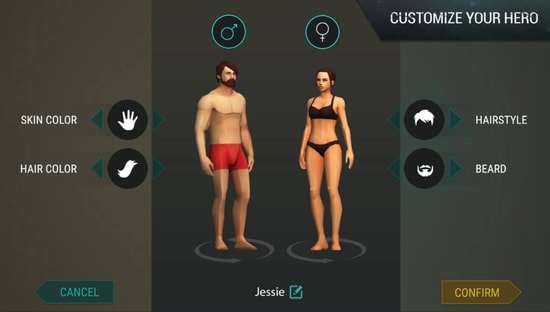 Another perfect PUBG Mobile alternative is the Last Day On Earth. The game is highly popular for its impressive controls and stunning graphics. Often referred to as the perfect replica of PUBG mobile it drops you in a battleground with 100 other players. To survive in the game you have to kill your enemies.

Equip yourself with crushing weapons and upgrade yourself to fight other survivors and wind animals in abandoned territories and service in tough seasonal locations.

Apart from this, players can also construct fake traps to loot other territories for resources and food. You can craft your weapons, construct shelters, join various clans to survive in the game. All-in-all the game has everything to fall in love with.

What do we love about the Last Day On Earth: 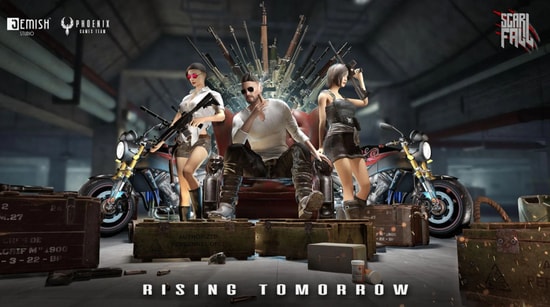 What makes Scarfall different from the other PUBG Mobile alternatives in this rundown is that it is an Indian game. The application enjoys a permanent -place in the AatmeNirbhar Bharat App innovation challenge and enjoys immense popularity.

What makes it even more distinctive is that it is an offline game like PUBG mobile for Android and iOS devices. The game offers you 3 chances to win your survival in the gameplay. You can choose to play solo or in a squad of 4v4. If you are looking for an excellent alternative to PUBG Mobile to ditch Chinese games then Scarfall is a great pick.

What do we love about Scarfall: 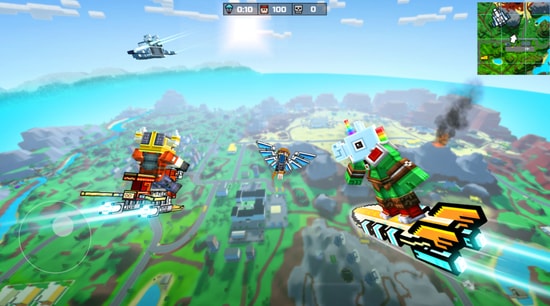 If the above mentioned best games like PUBG Mobile haven’t met your requirements then try Pixel Gun 3D. The game comes with unbeatable gameplay and is often considered as a perfect amalgamation of Minecraft and PUBG.

Since the game is less violent it is best suited for kids and teenagers. You have to fight against 100 players to win the game. The game offers several modes including Arena, Campaign, Deathmatch, etc along with a multitude of weapons, characters, and maps.

Apart from it, this fun-filled multiplayer game offers around 10 mini-games, 800+ weapons to choose from, 100+ beautiful maps along with 40 different tools and gadgets.

What do we love about Pixel Gun 3D – Battle Royale: 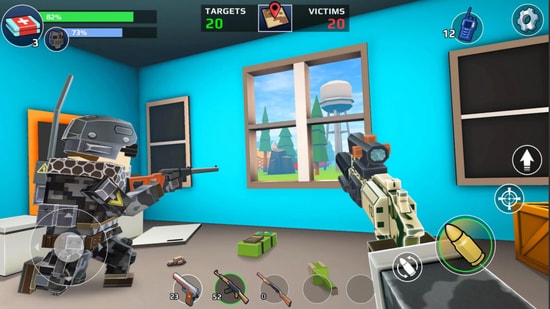 Last on our list of similar games to PUBG Mobile is Pixel’s Unknown Battleground. If you enjoy pixel-styled battlegrounds with retro visuals then it is a perfect fit for you.

The game is still under the development stages so you may encounter a few hiccups here and there, but it is still worth every try. It comes with an auto-shoot mechanism to take down your enemies which makes it a perfect game like PUBG Mobile. Jump from a chopper, collect multi-barrel guns, hunt down your opponents to win this incredible game.

What do we love about Pixel’s Unknown Battleground:

So, that’s all from our side. The above-mentioned games are some of the top-rated and best PUBG mobile alternatives that you can pick in 2020.

The gaming industry is filled with tons of options and each of the aforementioned PUBG-style battle royale games included here is quite popular for their impressive gameplay and unbeatable visuals.

We have tried to shortlist the best PUBG alternative for you but in the end, it all comes down to your individual preference.