Are you looking for the best free Online and Offline Football games for Android? If yes, then you are in the right place. These Android football games are loved worldwide apart from the one played live by players on the field.

The Google Play Store is filled with several football/soccer games. While some users enjoy playing online football games, some prefer playing them offline to avoid any network issues. This means you can download the game on your gadget and play it later on without being worried about internet connectivity and speed.

Keeping in mind both categories, here in this article, we have listed some of the best Football games for Android; Online and Offline. Let’s have a look at them one by one.

List Of The Best Football Games For Android Devices In 2022

Below we have mentioned a bunch of the most popular football games available for Android devices. Let’s scroll through our list and find a real-life football game for yourself: 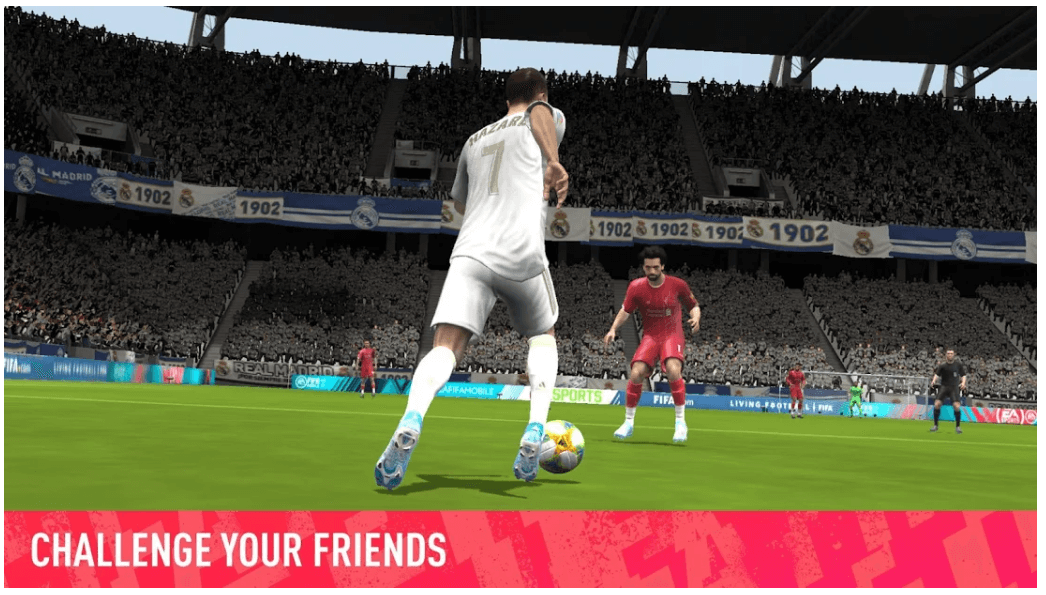 FIFA Mobile Soccer is the mobile version of the famous FIFA football game and is available for free on the Play Store for Android users.

It is one of the best Online Football games and enjoys a huge fan base worldwide. It comes with jaw-dropping gameplay and incredible graphics.

You can be a part of the 33 countries and build your team from 550 real teams.

All you need is an active net connection to enjoy this power-packed game. Download this one of the top 10 football games for android using the link below to take various challenges and win stunning prizes. 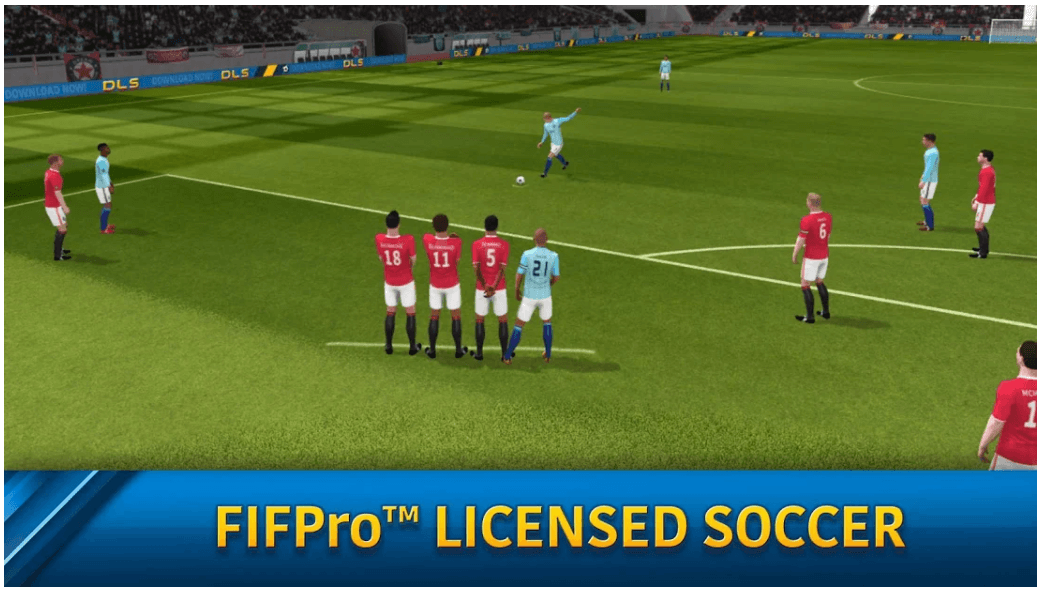 Dream League Soccer is one of the best offline football games for Android and quite an addictive one that can be played both online and offline. It enjoys a massive number of downloads and comes with realistic and impressive gameplay.

You can customize it as per your requirements, build your team, manage it, upgrade the stadium, buy your favorite players, organize different training sessions, and design your team jersey as well.

With highly realistic animations and 606fps, DLS is surely a football game to latch upon. Play to win different trophies and challenges, including All-Stars Cup, Champions League, Global Challenge Cup, and many more.

Compete with some of the best teams to prove your position amongst the best. Download this best offline football game using the link mentioned below. 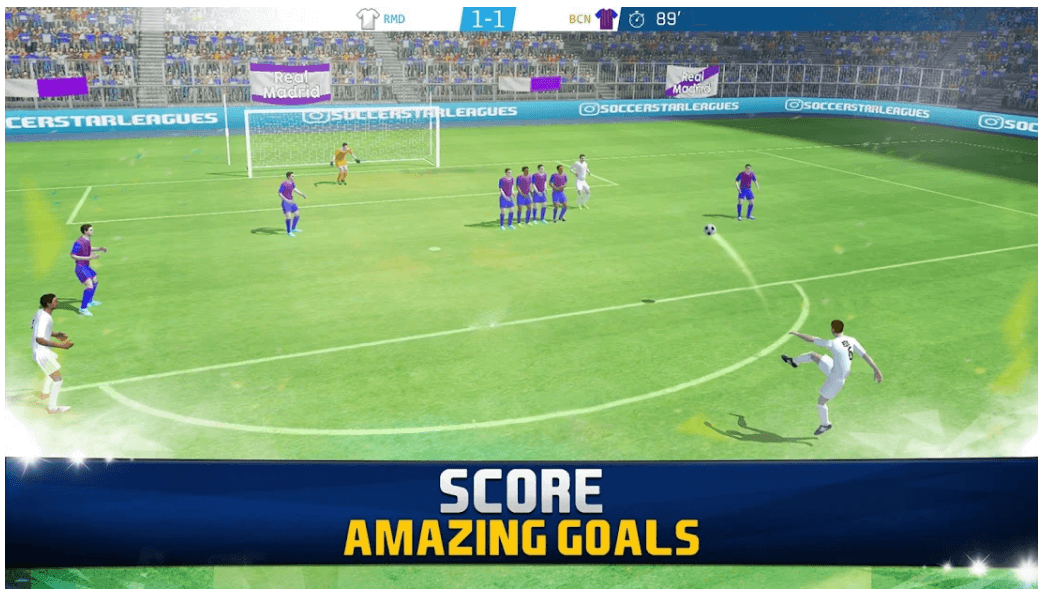 Soccer Stars is known to deliver a realistic football experience along with sublime graphics and features. It is one of the best offline football games for android gadgets available on the Play Store currently.

With this feature-rich game, you can take part in various world football competitions, including UEFA League, Champions League, and many more.

Beginners can train themselves in various training modes, including free-kick, assist the striker, penalty shootout, etc.

This is amongst the best offline football games as it comes with simple controls but demands a lot of practice to master. 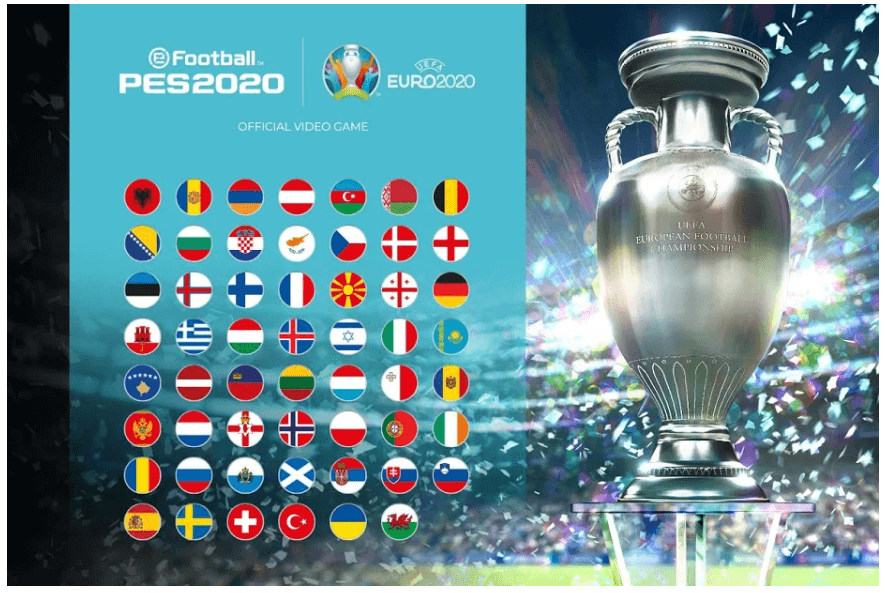 There is no way that we can miss out on this stunning game. This intensive and feature-rich game surely deserves a spot on the list of best online football games.

Choose your legendary footballers and enjoy playing soccer with your friends. With its intuitive gameplay and stunning design, you get a different experience every time you play it.

It also allows you to select your team from a list of the past and current best football players. 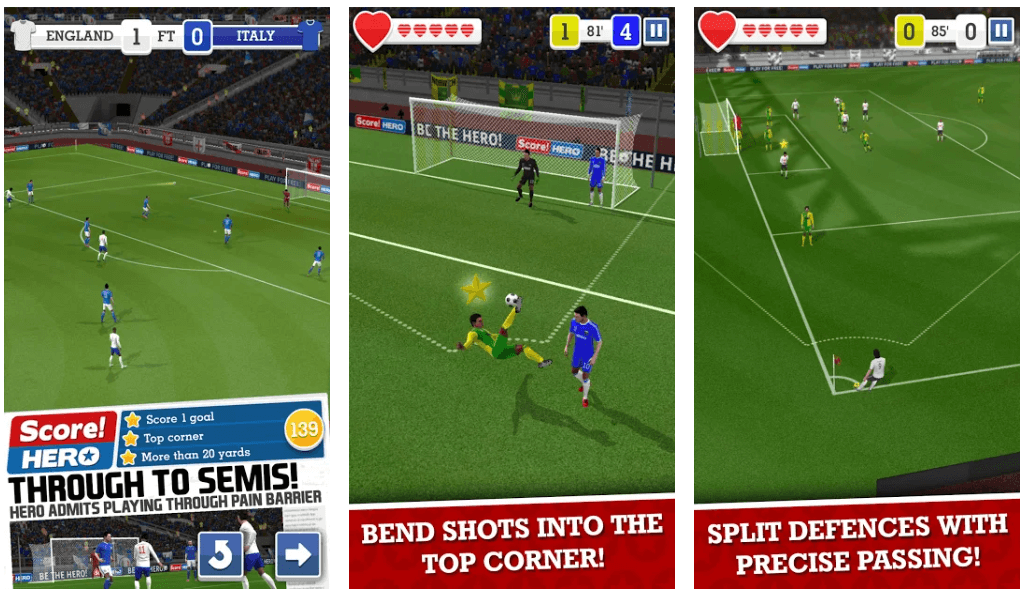 If you are looking for a 3D Gesture-based best football game, then Hero can be the right choice for you. It has eye-candy graphics and animations coupled with a great storyline.

At present, the game offers close to 580 different levels. You can also invite your friends from Facebook to play the game with you and use the Google Play cloud to sync your progress between various devices.

You can also see your current position along with the status of other players on the scoreboard.

All-in-all Hero is one of the best Football games, which is incredibly simple to play but quite challenging to master. 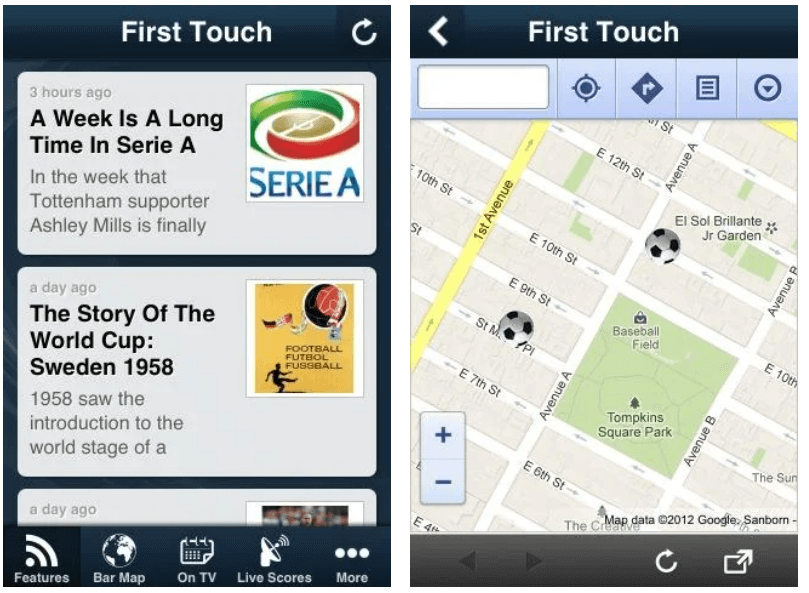 Next on our list of Soccer games is First Touch Soccer and the City. Play and win matches to earn more points, which can be used to upgrade the players. Higher wins to make your team more potent, along with individual performance.

One of the most notable features of FTS 19 as one of the best offline football games for Android is its small size. It comes with a clean and clutter-free interface. You can see live ranking broadcasts along with a comprehensive listing of team rankings. 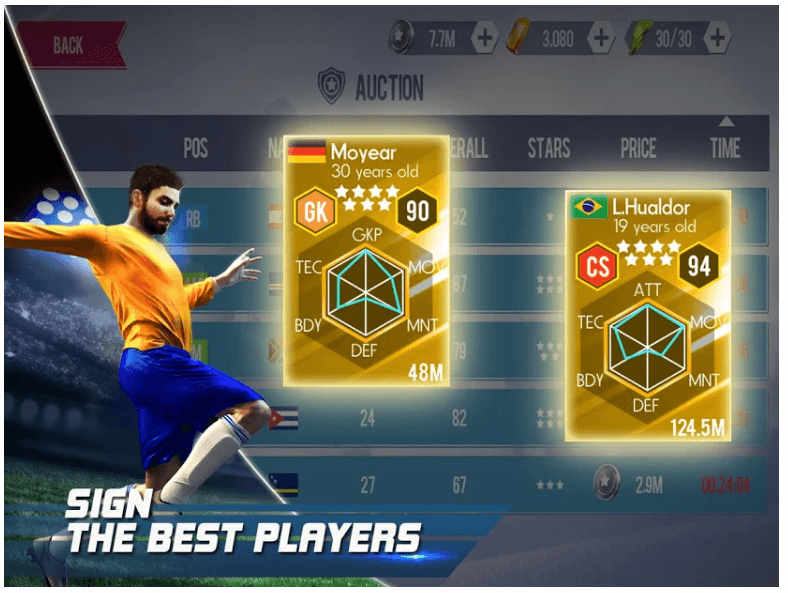 It is one of the oldest known football games for android users. This small-sized game doesn’t take too much space and performs quite smoothly.

It features several licensed teams and well-known players coupled with incredible graphics. Beginners can practice and enhance their skills using the training mode.

Real Football comes with a massive range of game modes, which include Leagues, International cups, and Exhibition matches. You can customize this best football game for Android by choosing your team, upgrading the stadium, and using different game tactics. 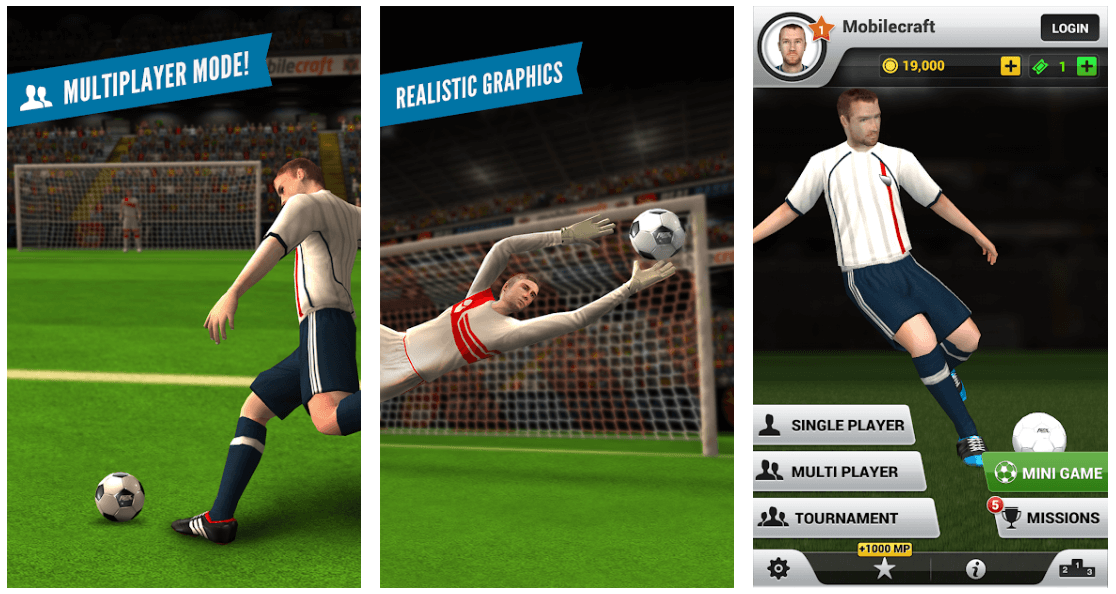 If you are looking for a feature-rich best offline football game, then Flick Shoot 2 can be the right choice. It offers realistic gameplay, along with 3D graphics and Unique Flick shoot controls.

You can play the game in various single-player modes, including Arcade, Dribbling, Not miss, Challenge, Time attack, and practice.

It comes in various languages like Spanish, French, Turkish, Italian, English, and Russian.

Use the below-mentioned link to play against real football players worldwide.

9. Top Eleven – Be a Soccer Manager 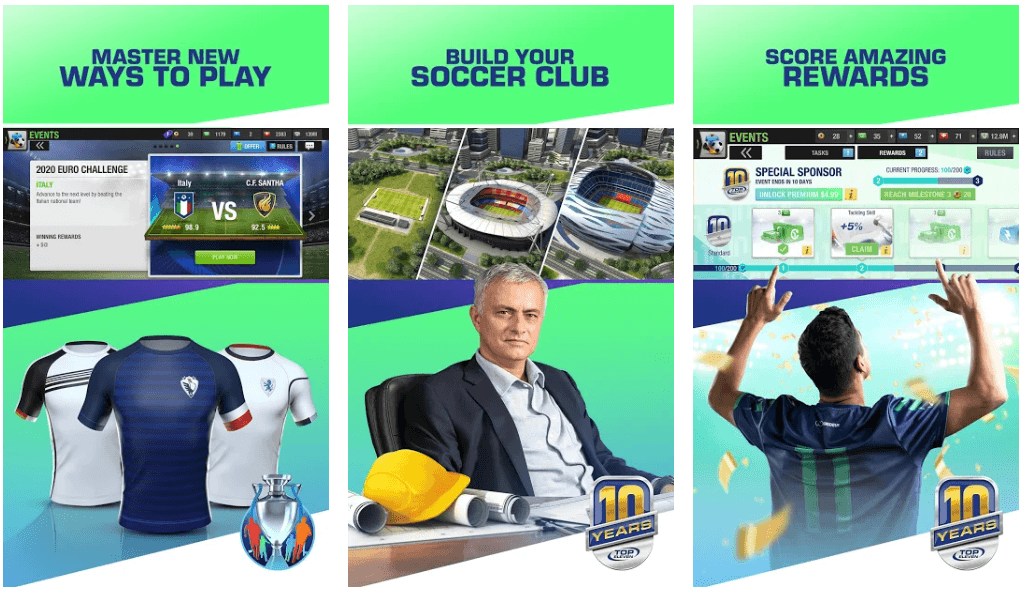 Build your unbeatable football team and become a Soccer manager with the best online Football games. You can design your team’s kit, select squad, conduct training sessions, and set up formations.

It is a multiplayer game where you can play against different teams to polish your skills and improve your game. Top Eleven is a highly customizable game where you can select an official jersey for your organization and build your stadium.

Challenge other team managers to practice and master the game. 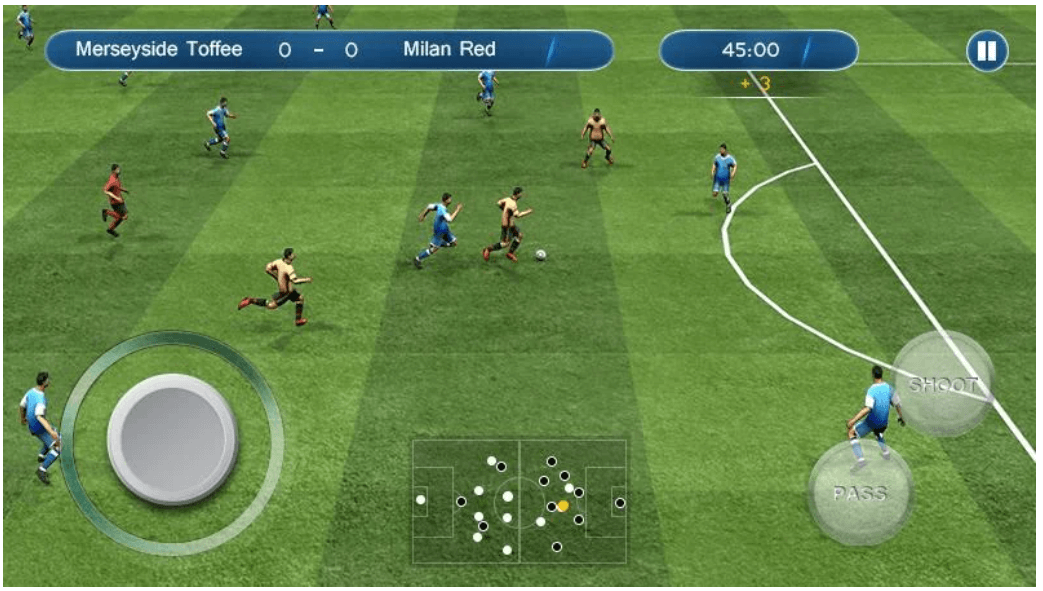 Next on our list of best Football games for Android is Ultimate Soccer. Build your squad and try various defensive and offensive play games based on your team’s strength.

You can play in different modes, including World Cup Tournament and Leagues. You can buy and sell professional and well-known players to build your soccer team.

Experience a real-time football experience with Ultimate Soccer. Use the link below to download. 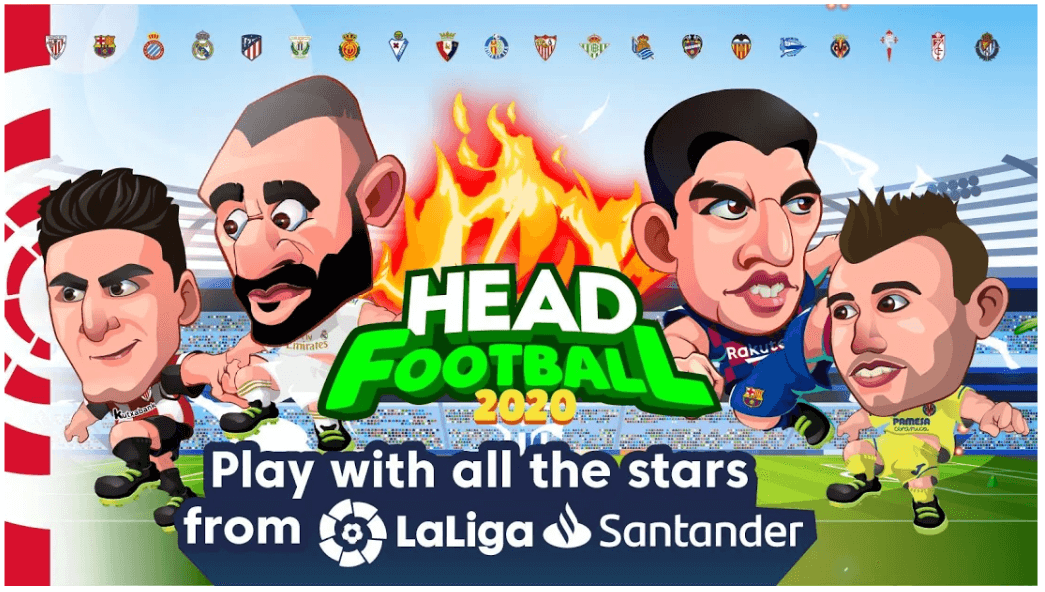 If you want to enjoy a light tone of a highly competitive football game, then Head Soccer La Liga can be the ultimate choice for you. This 2D game comes in cartoonish and comedic style.

It is quite simple to play and works on three parameters: protect, defend, and attack. You can play it with your friends, participate in various leagues, and compete with different players from across the world. 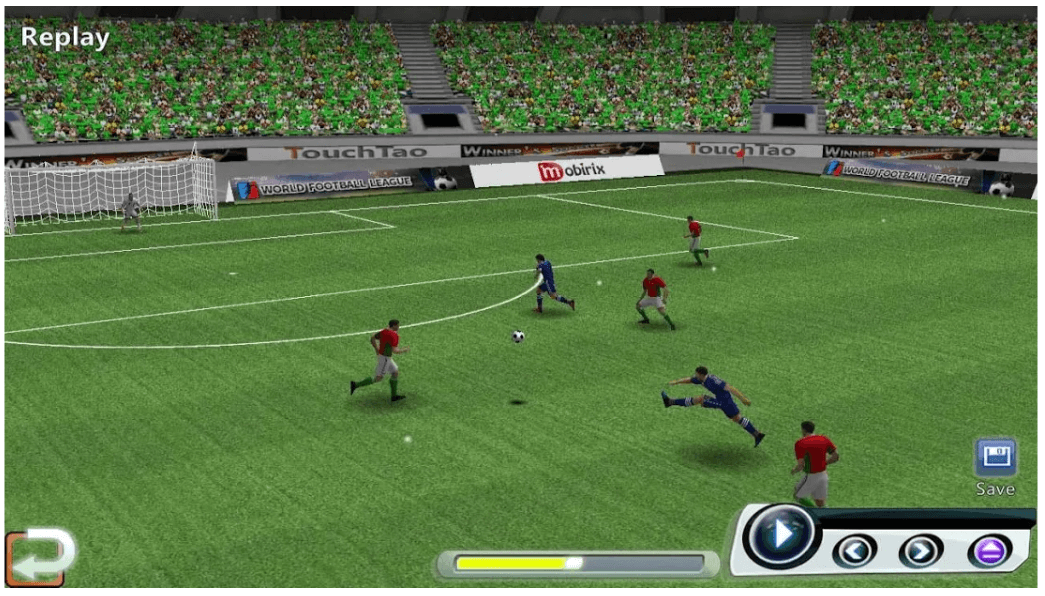 Developed by Mobirix, this incredible game comes in small size and gives you access to around 2000 players along with 60 clubs and national teams.

It is available in 15 languages, and you can choose to play from various game modes, including Cup, League, Training, and Exhibition. 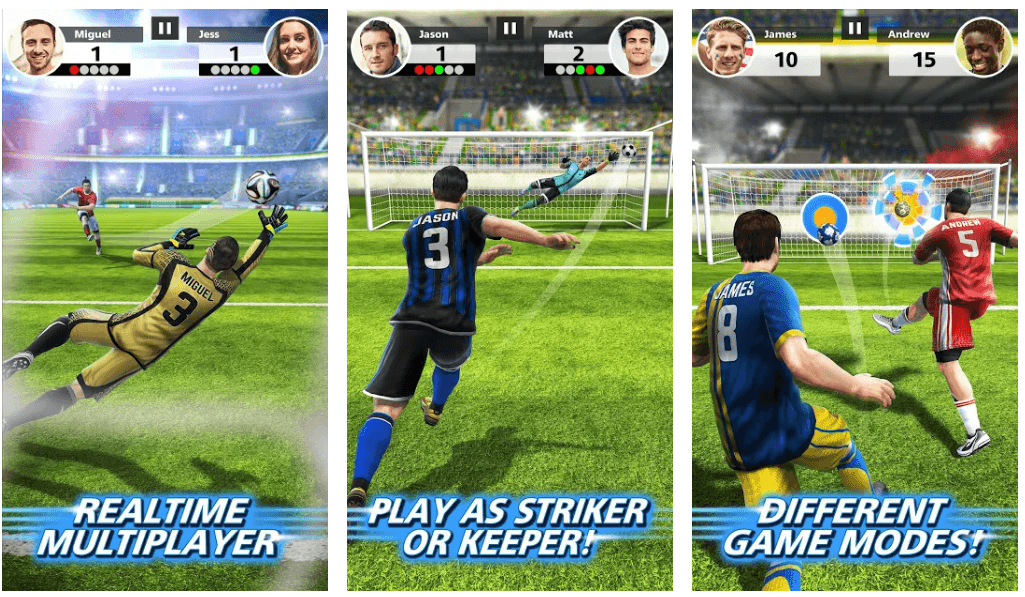 Football Strike is one of the most loved single-handed football games. You can choose from the various modes to enjoy endless football fun.

Its fast and straightforward gameplay makes it everybody’s favorite. 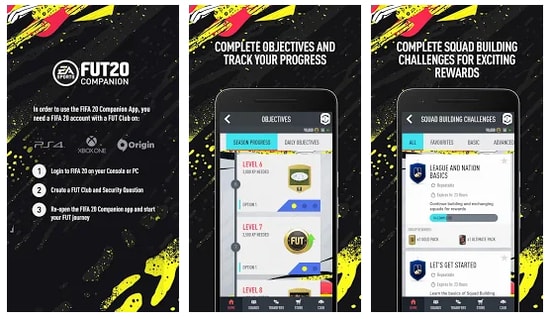 FIFA 20 Companion is another popular name on the list of best Android football games of all time. The application is extremely simple to use, plus the interface is available in almost 20 different languages.

To enjoy this super exciting football game, you need to have an Electronic Arts (EA) account and a copy of FIFA Ultimate Team Club and FIFA 20 for PC, Xbox One, or PS4. 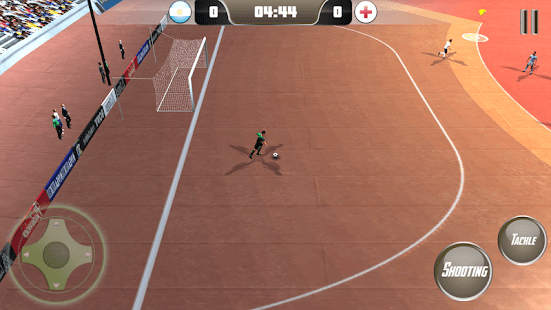 With different modes to enjoy football, users can download Futsal Football 2. This is one of the best football games for Android as the user gets Modes to play in the indoor playing stadium. The gaming app gives the same experience as the real game. In the game, the goal is smaller as compared to the real one and the bounce is less. But the overall experience is amazing and similar to a real one. The user will never get bored as it has many modes.

With high-quality resolution and a 4-size ball, enjoy a 40 minutes game just like basketball. The controls are easy to learn and smooth. All in all the game will give an amazing football experience. 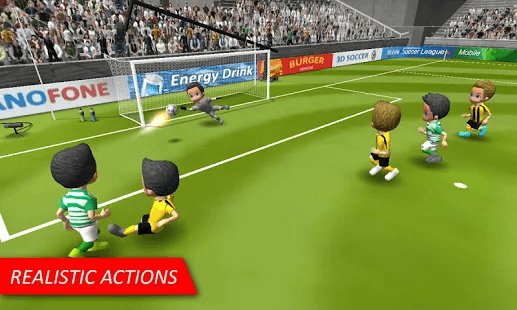 Mobile Soccer League is a very popular soccer game among soccer lovers. The gameplay offers great resolution and graphics. The experience is enhanced by the stadium and the real audience feel. The game can be played in 2D and 3D depending on the choice. You won’t get bored of this game as it has different CUPs like Euro 2016 France, Russia World Cup, Copa America 2016, and leagues like England league, Spanish League, France League, etc.

Try playing this simple and smooth game for an amazing soccer experience.

Here are some of the most common questions asked by readers related to the best online football games for Android. We hope that these will clear some queries that you may have.

Q1. Which is the best offline football game for Android?

Ans.: According to data gathered from various trusted sources, the best offline mobile football games for Android are:

Q2. Which is the best online football game for Android?

Ans.: Some trusted online sources list show that these are the best soccer games to play online for free:

Get ready to kick the ball and celebrate victory with your favorite players. Choose one from our aforementioned list of best football games for Android (Online & Offline).