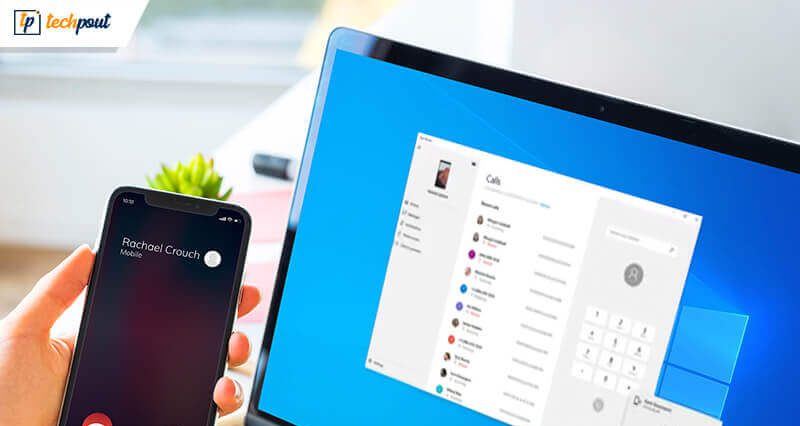 The long-awaited “Calling” feature of Microsoft’s “Your Phone App” is finally there. This cross-platform feature was officially introduced during the launch show of Samsung’s Note 10 smartphone and is an improved version of the application for its existing users.

The “Calling” feature, was on the beta testing mode from the last few months and finally, it has been rolled out to the general public. For now, it will be available for Windows 10 users and Android phones with 7.0 and above versions.

Until now, users were able to send and receive text messages, share images between PCs and smartphones, and sync various notifications. With the introduction of the “Calling Feature,” you can now dial and receive calls on your computer system, which is connected with your Android devices.

The recently introduced feature of Microsoft’s “Your Phone App” will allow all compatible users to dial numbers, transfer calls between the two devices, and check your call history. All-in-all the new functionality will erase the need to pick up phones while you are working on an important project your PC.

Microsoft, in one of its statements, shared that the feature will work via Windows Insider Twitter Handle.

You can now answer all your incoming call directly from your PC, access the contact list, search for contacts, and make calls with the help of in-app dialer. In a situation where you are not able to answer the call, you can decline them and send a custom message to the caller via your PC.

Additionally, it will also allow you to check your incoming and outgoing call history. A simple click on the recent calls button will give you the details of the numbers from the dialer screen.

As far as the technical requirements are concerned, you should have an Android smartphone 7 Nougat version along with a Windows 10 PC. You will also require a Bluetooth connection to sync your PC with your smartphone.

How does the feature works?

To access the Calling Feature of the “Yours Phone app,” one should have an Android 7 phone connected to a Windows 10 PC via Bluetooth. With the help of this dual cross-platform mechanism, users can use the Calls Section to access their dial pad and contact list for making and receiving calls directly from their Computer systems.

The Your Phone app has highly evolved over the last few months, gradually establishing its feature set. The ultimate goal is to enable your PC to carry out all the various functions of your mobile, to avoid users from getting distracted from their PC workflow. Microsoft is keen to work closely with Samsung on features like screen mirroring, so we can expect it to introduce more features for the Your Phone app in the coming months.