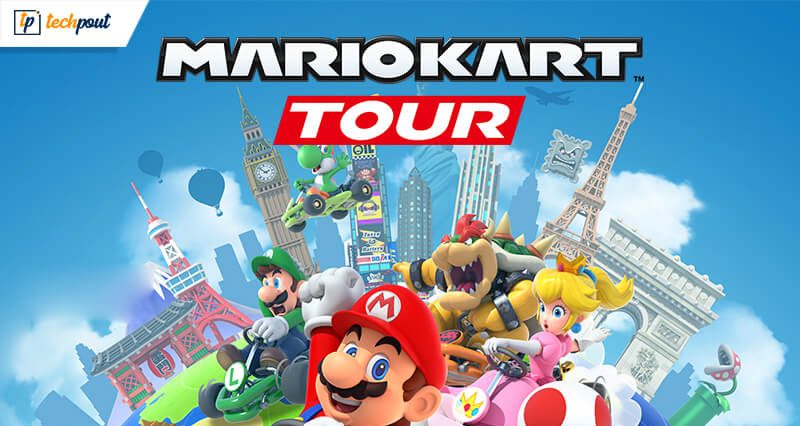 Know the latest update regarding Mario Kart Tour. Well, What’s new to it?

It’s the first popular racing game series of Nintendo, which will be available to download on your Android and iOS devices.

The excellent news about Mario Kart Tour is that it’ll be the original new game series since 2017’s.

For the Nintendo Switch, Mario Kart 8 Deluxe is a Wii U game version that will be a collection of new characteristics for Nintendo’s portable console.

Those dreaded blue shells, special abilities, and power-ups all are included, making it one of the top-notch series of games. In the week of September, this multiplayer game is set to hit on your smart devices like iOS and Android.

Let’s have a quick look at its cost, reviews, features, and more.

What is Mario Kart Tour?

In the trailer, we saw a course inspired by Paris, with a structure of Eiffel Tower and the destinations that will be featured in “tours” that rotate every two weeks.

You wouldn’t believe that Nintendo is also focusing on the ability to play with one finger like in case of Super Mario Run, to get your Mario Kart to set while standing on a crowded bus to run.

As per the updates, “In just one touch, you can easily drift and steer, and sling destructive items as you drive for the gold in cups loaded with new standard Mario Kart courses.

“In the game, it’s isn’t about always the goal for individual races. However, also new bonus challenges courses ask for a unique approach when it comes to strategy and gameplay. Amazing!

Now, let’s get to know about the costing.

How Much Does It Cost?

When it comes to the costing of Mario Kart Tour, it’ll be “free-to-start.” This means you can download and play it for free on your smartphone, whenever required.

“Patrick O’Rourke, tech analyst and managing editor of Mobile Syrup said to Bloomberg that later, there might be an in-app purchase.

Like other Nintendo mobile games. It’s foreseen that while downloading new tracks and characters, there will be an in-app purchase along with a limit on how long you can play.”

You must be wondering about the announcement date of the game!

When Can I Play It?

Recently, the Japanese gaming company mentioned by “confirming” that the game was yet on track for an early-2019 announcement.

That early-2019 release time didn’t come yet, but now Nintendo has introduced a more exact date, i.e., 25 September and you’ll be surprised to know that the game is available for both Android and iOS devices. So, hurry up and pre-register your devices now!

Let’s get to know about its Features & Reviews. Here you go.

When it comes to Mario Kart Tour features, hopefully, the game will certainly carry all the zoo-gravity elements of the 5-star game i.e., Mario Kart 8: Deluxe and underwater which is arguably the best series you have ever seen in your life.

The element with the name ‘Tour’ might give you some hint about the game that suggests- “Nintendo will be putting more focus on online multiplayer, in speech with its other smartphone. Expect online leaderboards, multiplayer races, and some friend mechanic and more.”

Mario Kart Tour has officially broken all the records with 10.1 million worldwide downloads. It’s a simple, more accessible and free to play version and a fun racing game of classic Mario Kart series.

While playing the game, the steering is a little “Floaty” and is quite a challenging one. The courses are full of big jumps, ramps, immediate hazards, boost panels, and more.

Mario Kart as a franchise is arguably the biggest successful series in Nintendo’s Lineup with 100+ units sold over the last 27 years. Overall, it’s been said that no real weak spots are found in the core lineup.

Now, coming to the Mario Kart Tour challenge Guide. What does it carry?

If you’re not yet signed up for this challenging game, you’ll be finding yourself under no progress zone towards the pipe badge. But there’s a way to get into it.