With the newly introduced feature, Apple is all set to ace the fitness and hygiene game. The popular wearable fitness watch has recently introduced a feature that will remind you to wash your hands regularly. Apple Watch will not only detect but also monitor your hygiene practice and will also send congratulation messages.

Studies show that washing your hands for 20 seconds will kill all the germs. The recent version of Apple Watch is powered with OS 7 which is strategically designed to monitor the time you spend washing your hands.

The feature is named “Automatic Hand Washing Detection” which will help people in developing better hygiene habits, a must-have during this pandemic time.

It is usually seen that even if we wash our hands regularly, we often fail to wash them for the prescribed time which makes us prone to various diseases, COVID-19 being on the top list in the current scenario.

To ensure proper safety the newly introduced feature uses an on-device machine learning mechanism powered with a sensor and microphone which detects and monitors your hand washing habits. If you are washing it for less than 20-seconds and alerts pop-up will be displayed on your watch. In addition to this, it will also remind you to wash your hands whenever you return. 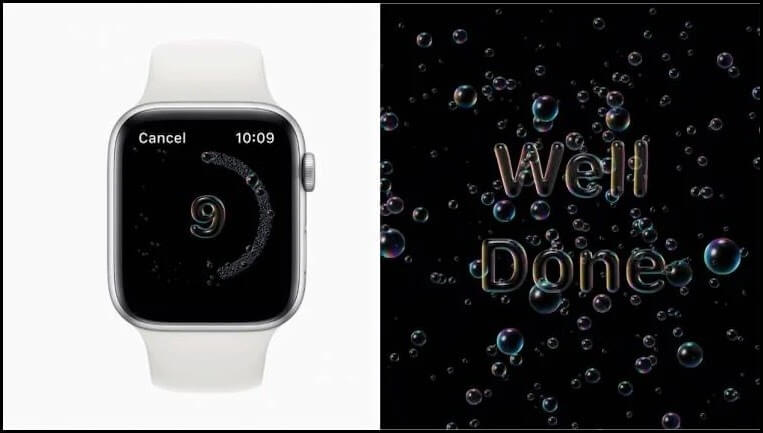 For better security and safety of its users, Apple also plans to integrate its ‘Hand Washing timer’ into the Health app of its smartphones. The feature will educate you about the importance of washing hands and will keep a log of the number of times you wash your hands in a day along with the time.

Talking about users’ privacy, Apple clarified that although it uses a microphone to sense the washing time, it does not save the data anywhere. It further added that, since it is an on-device process, the data will get erased once you are finished washing your hands.

The company announced that the feature will be available with Apple watchOS 7 for series 3, 4, and 5 and the one that will arrive in the latter part of the year.

In addition to the “Automatic Hand Washing Detection”, Apple also plans to come with several other features including sleep tracking, workout videos based on various dance forms, hearing health features, along with a face configuration feature that can be shared with other users.

The overall functionality of the recently added features will depend on the Apple watch you own, along with its operating system. If you have an Apple Watch running on watchOS 7 (mostly Series 3,4, and 5) then you might get lucky, however, the ones with Series 1 and 2 will not be able to enjoy them.