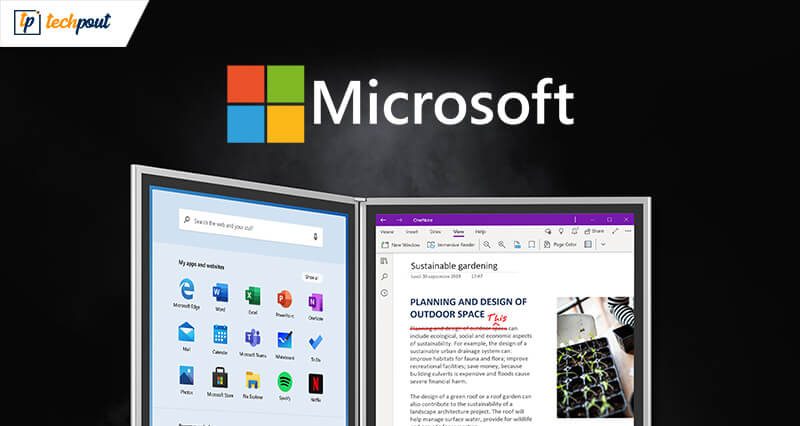 Last year in October, Microsoft announced some news regarding the dual-screen Surface Neo and a very special OS. This special OS, known as Windows 10X will be running on upcoming dual-screen devices like Surface Neo, ThinkPad X1 Fold, and other similar products announced at the CES 2020.

Windows 10X is a bit different than Windows 10 and is definitely not an update. It is heavily re-engineered, has modern looks and has been designed specifically for devices with dual screens.

Windows 10X is a new expression of Windows 10 catering to some special dual-screen devices. This is not your regular OTA update or something that you can get from the store.

This new expression of Windows will come pre-installed on dual-screen devices including ThinkPad X1 Fold and Surface Neo.

Microsoft has not announced anything about the release date and price of these dual-screen devices. But we can expect a launch event somewhere in the fourth quarter. The company may also launch 10x along with these two devices.

Read More: Everything You Need To Know About New Microsoft’s Chromium Edge Browser

It will be pretty nice to see the apps adapting to use single and double screen modes to give the users a better taste of productivity and efficiency.

Having said that, we know how adaptive and dynamic the screen is. This is going to open a whole new bunch of opportunities for graphic designers, image curators and people who multitask.

Windows Core is the system that works on the unique design of Windows 10X. Core OS has also been implemented for other expressions of Windows like Xbox, Surface Hub 2, HoloLens 2 and many more.

There had been a commotion regarding the success rate if Microsoft installed Windows 10 on them. Therefore there was a need to implement Core OS.

It is also a fact that Windows 10X will not be an update to the current version of Windows 10. In addition to this, users who want to experience Windows 10X will have to get their hands on dual-screen devices like Surface Neo and ThinkPad X1 Fold.

It is still unknown whether there will be any device that rivals Windows 10 powered solutions like Surface Pro and others. Provided that the market of Windows 10 is booming nicely and set to hit the mark of 1 billion devices, it is highly unlikely that the OS will be dead any sooner.