Korean dramas – K-dramas – are now wildly popular across the globe. The most glaring evidence is the near-insane popularity of the recent Netflix mega-hit Squid Game – which took home a slew of SAG Awards in early 2022. But the popularity of K-dramas is not simply an offshoot of Korean pop music (K-pop), but instead, has deeper roots that can actually be traced back to China.

Yes, China was into K-dramas before they were cool. As early as 1993, China allowed the broadcast of the Korean drama Jealousy (Jiltu), and its success was followed by What is love? And Star in my Heart (also called Wish Upon a Star). The phenomenal reception from Chinese audiences helped push K-drama creators to think more about international audiences, and inspired production studios to subtitle or dub the content into more languages – obviously, including English. Some might be surprised to hear that K-dramas, however, got much inspiration from its neighbor Japan.

Know about most promising VPN software for Windows.

According to a professor of cinema studies at New York University, back in the 80s and ’90s, Korean television executives on business trips to Japan noted the styling structure and diversity of genres found in Japanese television dramas. They also noted that many Japanese shows had a 12-episode miniseries format, which they copied – successfully. They took this knowledge back to Korea, repackaged it – and in all fairness, one could say: improved on it – and the first Korean Wave was born.

These days you’ll find K-drama fans across the planet but the content that’s available on major streaming platforms is still limited. Also, the languages K-dramas are available with subtitles or dubbed into are likewise limited. Happily, Asian-specific content apps are now providing an alternative.

A Korean drama app that has content subtitled in 150 plus languages, for example, offers content from China, Taiwan, Japan, Korea as well as other Asian regions and places – but primarily the focus is on K-content. This includes movies, documentaries, films, dramas, and other goodies that can be almost impossible to find anywhere else.

Folks in the west who are finally surfing the K-drama wave – possibly due to their exposure to Squid Game – which reverberated across the planet, will be delighted to discover that there are literally hundreds if not thousands of titles from Korea (and other Asian places) that they will likewise dig just as much. As we noted above, much of Asia has long ago discovered the wonders of K-drama, and it’s really only the United States and some parts of Europe in particular that are behind the curve on this trend. 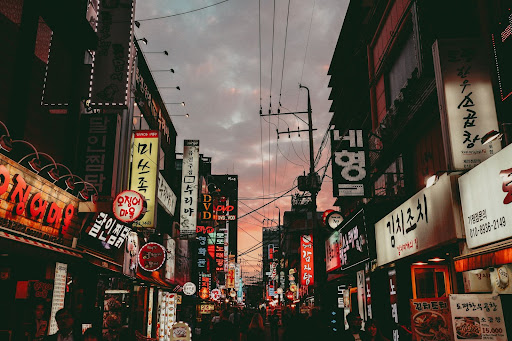 And it’s worth asking why Korean television and film content is so good. Elle Magazine points out that the Korean government played a key role in developing the country’s broadcasting infrastructure.

In 1990 there were only three network channels in Korea, which was also the case in other Asian places such as Taiwan. But just one year later, the Korean government allowed the SBS channel to begin broadcasting, and by 1995 there were multiple cable channels in South Korea. Along with Korea’s democratization – which could be dated to the election of a civilian as president in 1993 – the first time that had happened in over 30 years, came relaxed censorship laws and an early embrace of globalization. With the country becoming more politically free, South Korean exiles who had fled the formerly military-led nation began returning – and some had skills learned abroad in the film or music industry. These returnees began putting their talents to use in developing Korean content.

There was also a little bit of luck in the timing involved. In the mid-1990s Japan was in an economic slump and turned insular. At the same time, a giant Chinese market had evolved into a juggernaut of consumers hungry for content. South Korea was an acceptable option for China, which found American content either too culturally distant, too risqué, or too controversial, while Japanese content was – and mostly still is – shunned by China due to negative associations that go back to a harsh occupation by Japan during World War II. South Korea was not too hot and not too cold, so to speak and its ‘Goldilocks’ content fit the Chinese market… a market where if you can make fans of even a few percent of all views, you’ve struck gold. In 2016, China closed its doors to K-content – for a long list of reasons – but they remain popular there.

Piracy of Korean content in China was a problem, but this problem was certainly not limited to China. There just weren’t many ways to legally get South Korean dramas, so VHS tapes were duplicated, DVDs were burned, and pirated shows did the rounds for a good portion of the late 90s and early 2000s. Thanks to Asian-specific streaming apps, however, we are now in an era where you’re not limited to watching the select mega-hits chosen for distribution by Hulu or Netflix, for example, but can explore old and new K- content through an app with subtitles in an incredibly high number of languages. Watching via an app also allows for budgetary flexibility.

You can watch shows for free, but you’ll have to sit through mandatory commercial breaks. Otherwise, you can sign up for a subscription. But finally, there is a ‘plus pass’ option whereby you can get extra special content in full HD.

In short, there’s something for everyone and in nearly every language imaginable. Once you start exploring the app and finding Korean dramas it’s almost guaranteed that you’ll join the literally hundreds of millions of other K-junkies around the world who have super-subscribed to the K-drama Kraze.

Best Free Hamachi Alternatives For You To Try in 2022