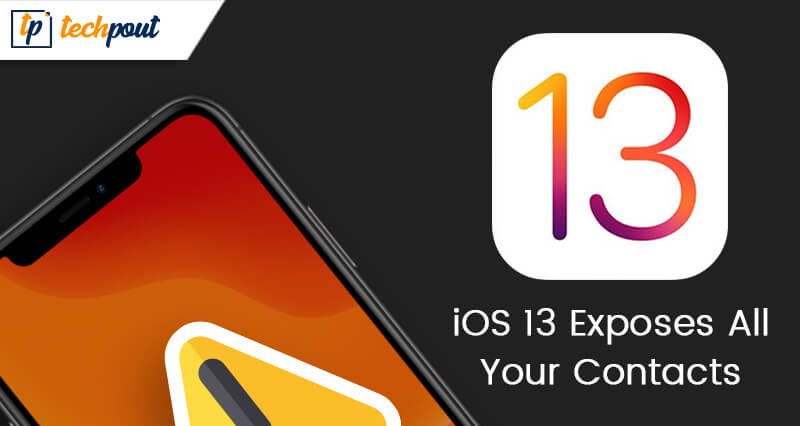 Security researcher Jose Rodriguez revealed a shocking bug in the iOS 13 platform. The vulnerability issue caught by Jose allows attackers to sidestep the lock screen of the device.

If a user tries to activate the FaceTime call and uses Siri to access the contact’s in the device, then the attacker will be able to bypass the lock screen security.

The issue received a lot of attention because it was risking phone numbers, address information, email addresses, and all other information stored in the contact list.

If sources are to be believed, Apple has not yet released an update on the current iOS 13 to get rid of the bug even after the error was communicated by Rodriguez in July. However, there was a new piece of information that stated Rodriguez has confirmed that the new iOS 13 beta, which will be released on 30th September, will fix the issue.

Table of Contents hide
What are the Other Issues Pending in the Current iOS 13?
What’s Upcoming in the Next iOS Version?

What are the Other Issues Pending in the Current iOS 13?

Besides putting the contacts in grave risk, the iOS 13 users discovered another big issue.

If the user continuously taps the “Website & App Password” menu, users can bypass the security settings. Even if the person has not authenticated themselves, they will still be able to see all the passwords and login details. However, it was also pointed out that to unlock the device, some form of authentication was needed, Face ID or the passcode.

This flaw was found in iOS 13 developer beta 3. This version was released at the beginning of July, and the new bug was immediately caught by users. We are anticipating Apple is on the road to fix the problem by the next beta version release in iOS 13 beta 4. However, by the official launch of Apple’s iOS 13 in September, the problem is bound to be resolved.

What’s Upcoming in the Next iOS Version?

Apple’s next giant mobile operating system update will bring the version to iOS 13.1, and it is under development as we speak. The update will have a list of features that may not be seen in the initial iOS 13 release.

The iOS 13.1 beta version is already released, which also marks the first time for a beta version from Apple before the original version.

Users will be able to send ETA through Maps and include the volume indicators for Airpods. There will also be the restoration of Automations within Shortcuts.

It was slightly surprising why Apple released the list of features on the beta version, but we perceive this as a positive sign to ensure the next release is flawless for users.

Next release maybe a new upgrade on the feature list but hopefully the contact security issue will be resolved by Apple.