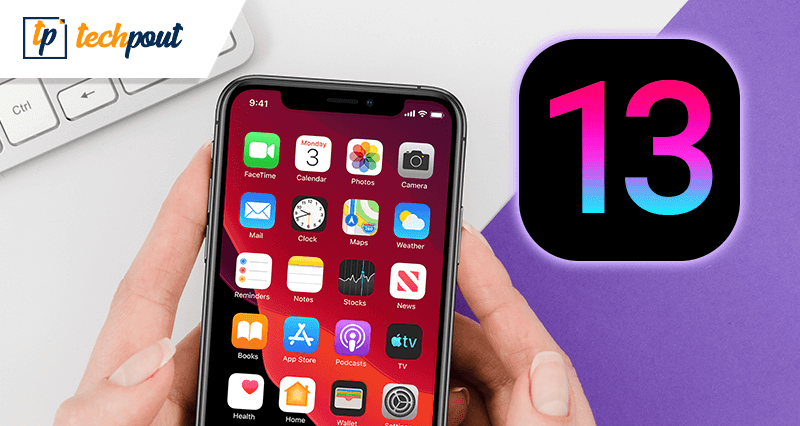 The new version of Apple’s mobile operatingsystem iOS 13 beta was announced during the keynote presentation at WorldwideDevelopers Conference 2019.

Apple announced that the new version will fundamentally change the day-to-day usage of our phones and will be available on iPads, iPhones, and iPods very soon.

iOS 13 is being considered as an advanced andrefurbished version of initial iOS versions, with a massive list of features tooffer.

Here’s Everything That You Need To Know About iOS 13 Release Date and Its Features:

Likely to arrive in September, iOS 13 publicbeta has a massive list of features and updates. With a more stable publicbeta, iOS 13 concept comes with a lot of improvements and changes.

Let’s check out the most prominent ones.

Although Apple released its iOS 13 in silence,it deserves a never-ending applaud. FaceTime has got enhanced eye positioningfeatures, which gives a feeling that you are directly in eye contact with theperson you are speaking with.

However, this is a reasonably small portion ofthe upgraded version; it is yet one of the most impressive ones.

SIRI is more compatible with your AirPods; you can read and immediately reply to all incoming messages. It does not need any activation and works in perfect sync with Sirikit, a third-party messaging app.

With the iOS 13 concept, you can also share the audio experience using AirDrop.

Loaded with unbeatable features, Apple iOS 13is all set to give an unmatched performance.

Projected figures believe that unlocking your phone with Facetime will increase its speed by up to 30%. Downloads will be 50% quicker and updates will be approximately 60 % smaller.

The apps will get launched at a higher speed.

A new lightning effect known as High-Key Mono has been added to the portrait camera mode. Furthermore, the new and enhanced editing feature allows you to change the intensity of the light and give out a feeling of moving lights.

A swipe-based control and editing tools have also been added to the image-editing feature. It also enables us to filter duplicate photos and keep the best out of the lot.

From makeup to glasses to jewelry, you can nowcustomize and dress up your memoji’s and animojis. You can create and accessthese stickers from iOS Keyboard and share them on different platforms,including Messages and Mails.

Apple Maps have been developed from scratch again and include enhanced details, like roads, beaches, famous buildings, etc.

It contains a favorite button along with aCollection menu to plan trips.

You may also get a glance at various locations ahead of your visit with Look Around street-view style feature. It is said that by the end of 2019, the entire US will be visible on Apple Maps.

Rather than signing into various accounts separately, you can easily log in by using the Sign In with Apple feature. Enabled with a two-factor authentication system it works with both face id and touch id and is compatible with all Apple platforms.

iPhone’s new update also has a swipe typing feature which is added to enhance usability.

The Reminder app now comes with time, date, and attachment tools. This app is linked with the Messaging app, which seemingly improves communication and also shows a pop-up when you message the concerned person.

This tool adds an eye-friendly and coolbackground to your OS. Available to the developers, it can easily be integratedwith various apps and can be used multiple times in a day.

The tablet-specific software, iPad OS, will give you a feeling of the bigger screen and is loaded with new multitasking features, new home screen, and split-screen options.

This is another addition from the iOS 13 update and comes with a new Watch OS Health app. It is powered to track the menstrual cycle and activity trends.

The new design gives you a summary view of your activities and displays data related to fitness and health over time.

It displays the most relevant information, andyou can also choose which information you wish to share with others.

Unlike iOS 12, the updated version will not be compatible with all the devices. It will be available on 6S and later models of iPhones along with the 6th and latest 7th gen iPod Touch model.

Along with the tablet-specific features, all features related to iOS 13 will be integrated with iPad OS, which will work on iPad 2 and later versions.

The beta version of iOS 13 is already available to Apple developers from June 3, whereas the public beta is anticipated to hit the ground in July and can be installed on all compatible devices. The final public version is supposed to arrive in September just like any other new launch of Apple.