Indian App Finder is a one-stop solution for all of your favorite made in India apps. With this app at your disposal, you can quickly find the best Indian alternatives of Chinese apps in various categories, all under one roof.

The sole purpose of this application is to educate the general public about all the ‘Made in India’ apps. A first of its kind, ‘Indian App Finder’ is currently available for free for download on Google Play Store.

Keep reading on to know more about the Indian App Finder in detail!

Why Use Indian App Finder? 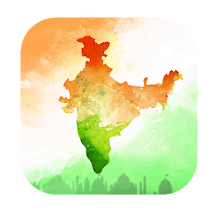 In the wake of India banned 59 Chinese apps including TikTok and CamScanner, the government announced a new project under Atma Nirbhar Bharat (Self-reliant India) campaign for local developers to create ‘Made in India’ apps.

In addition, the hashtag ‘Vocal for Local’ is floating around the country after the Prime Minister, Narendra Modi called upon Indians to promote products and services that are made locally.

In light of this, the recently developed ‘Indian App Finder’ does an excellent job of providing you with the list of world-class apps made in India across dozens of popular categories.

Indian App Finder – Popular Categories of ‘Made in India’ Apps 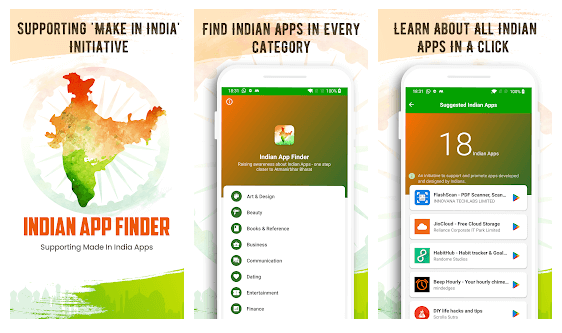 Indian App Finder provides you with a list of ‘Made in India’ apps in the following categories:

What is the Goal of the Indian App Finder?

Final Words: Find All ‘Made in India’ Apps with Indian App Finder

Movements and campaigns like ‘Vocal for Local’ and ‘Make-in-India’ are appealing people to put their buying power into locally made products and services to reduce the dependency on China.

Since Chinese apps are already banned in India, an application like ‘Indian App Finder’ can come in extremely handy in searching for suitable alternatives.

So, what are you waiting for? Download Indian App Finder now and get access to all world-class Made in India apps in just one-click.

Do you support ‘Vocal for Local’ and ‘Self-Reliant India’ movements? Please let us know your thoughts in the comments section below!