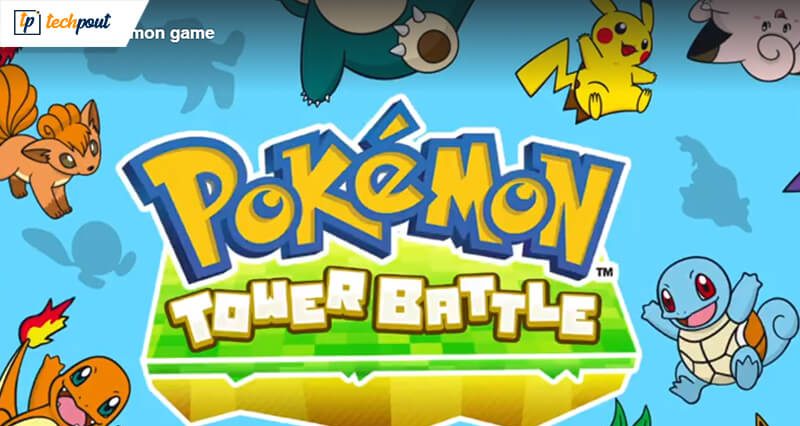 Are you a Pokémon fan? If yes, Facebook has come with the best Christmas gift for you this festive season.

As per the recent updates, two completely new Pokémon games: Pokémon Medallion Battle and Pokémon Tower Battle have been introduced to the Facebook gaming.

The main reason for launching the games on Facebook’s Digital platform is to attract more and more users. For better user experience, Facebook has also launched a separate gaming tab. Recent figures say that around 700 million of its existing users are playing games, competing, and enjoying gaming videos.

Now, let’s check what’s new in store for us.

This version of the game is available for global users where players can challenge their friends or any online stranger for a face-off.

The game comes with simple and convenient control where each player drops their Pokémons from the sky like Tetris Blocks, to build a tower. If your Pokémon tumbles or if you knock over the tower, you lose the game.

Further, in the game, players can discover, catch, and stack various Pokémon to compete across a global leaderboard or with real-time friends.

“The game looks quite simple and easy to play, but requires a lot of strategy and planning while picking up Pokemons to build a stable tower and discover the true Tower Battle winner,” Facebook said in a press release.

Unlike the Pokémon Tower Battle game, Pokémon Medallion Battle has more depth to it. The game is currently available for Asia Pacific users and is not sure of its expansion to other regions.

This incredible gameplay is based on a digital card strategy building, where each player should collect more Pokémon to win the game. Further, in the game, you should battle and evolve your Pokémon in the medallion form to earn various gym badges and to fill your Pokedex.

Depending on your region, you will be able to access and play the games. Both the games are available on Facebook’s instant games platform, either through a bookmark on the Facebook page or as a gaming tab on the app.

For improved services and results, the company has also acquired PlayGiga, a Spanish cloud gaming company.

In a recent press release, Pokémon Company CEO ‘Tsunekazu Ishihara’ welcomed the release of new titles, “Pokémon in digital form can be enjoyed worldwide by bringing in these games through Facebook. We are thrilled to collaborate with Facebook gaming that ensures building a new audience for the Pokémon games online”.