Read to know how to download and update Xbox 360 controller driver for Windows 10, 8, 7.

Recently, many gamers have reported Xbox 360 controller not working on Windows PCs. Are you encountering the same problem? Don’t panic, you can get rid of it just by updating the corresponding drivers.

Outdated drivers are mainly responsible for the incorrect functioning of the Xbox 360 controller. Therefore, you should make sure that you are using the correct, plus, most up-to-date Xbox 360 controller drivers to make it work accurately on Windows PC.

The post contains the few easiest yet effective ways to download and install Xbox 360 controller drivers on Windows 10, 8, 7 PC.

Bit Driver Updater is our top recommendation to get the most recent version of drivers for the Xbox 360 controller. The utility automatically detects your machine and finds the most compatible driver file for you. Furthermore, it just takes a click of the mouse to fix all possible driver-related issues and errors. Top of all, you can even try the utility for free too. Just make a click on the download link below.

In this section, we have put together three methods that come in handy to perform Xbox 360 controller driver download on Windows PC. Let’s have a closer look at them below:

The most reliable way to get the latest version of the Xbox 360 controller driver is using Microsoft’s official website. Follow the steps below to know everything about installing the respective drivers manually.

Step 2: After that, head to the Downloads, choose the compatible version of the Windows operating system that’s Windows 10.

Step 3: Next, select the most suitable driver file and download it.

Step 4: Once the file is downloaded, run it and install it manually by performing the on-screen instructions.

Since it is a manual method, which requires a lot of time and special technical knowledge specifically about the device drivers. Hence, it can be error-prone for the amateurs. If you find executing this method daunting, just try the other methods below.

Windows has in-built support for managing hardware and device drivers. So, you can use this default utility called Device Manager to download and update Xbox 360 controller driver on Windows 10 64 bit. Here is how to do that:

Step 2: This will show you the quick access menu list, wherein you need to choose Device Manager.

Step 3: Next, expand the category of Sound, video, and game controllers.

Step 4: Look for the Xbox 360 controller and right-click on it to choose Update Driver Software from the context menu list.

Step 5: In the next prompt, choose the option that says Search Automatically for Updated Driver Software. 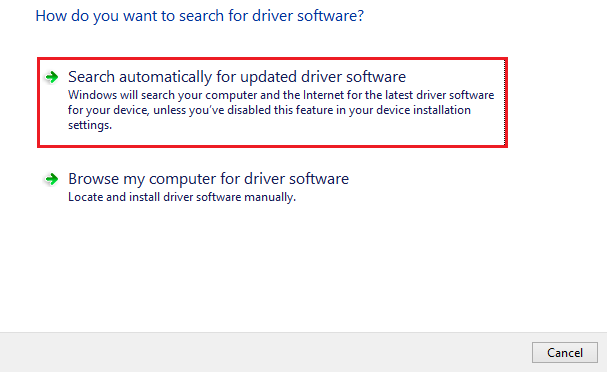 Now, the Device Manager will download and install the most appropriate drivers for your Xbox 360 controller.

Also Read: How To Gameshare On Xbox One: Step By Step Guide

As you have seen, the above methods are quite challenging to execute and also time-consuming. Hence, we advise you to use Bit Driver Updater to save both time and manual effort.

Bit Driver Updater is an all-in-package tool to deal with all driver-related issues pretty easily and quickly. Not only that, but Bit Driver Updater can work as a system optimizer too, which chases the junk and removes them to enhance the overall performance of your PC.

To know how to install Xbox 360 controller drivers on Windows via Bit Driver Updater, follow the steps outlined below:

Step 2: Run the downloaded file and complete the installation instructions.

Step 3: Once the driver updater utility is installed successfully, launch it and wait for the utility to finish the process of scanning your PC for outdated or broken drivers.

Step 4: After that, check the scan results and locate Sound, video, and game controllers.

Step 5: Click on the Update Now button shown next to the Xbox 360 controller.

Step 6: Else, click on the Update All button if you want to update all outdated drivers along with it.

It is recommended to use the pro version of Bit Driver Updater in order to unlock its complete strength. The driver updater utility offers a 60-days full refund policy and round a clock technical assistant. The software possesses an in-built backup & restore tool that automatically creates a backup of currently installed drivers before replacing them.

Note: These listed methods can also be used to download and update Xbox one controller driver for Windows 10.

This section addresses the most asked questions regarding the Xbox 360 controller driver download on Windows PC.

Q.1 How do I Recognize if my Xbox 360 controller has Bluetooth Support?

On your controller, there is a button named Guide that shows whether the device is in pairing mode or not. And, if in case, your PC isn’t compatible with the Bluetooth functionality, then you need a Bluetooth USB dongle. Now, here is how to connect Xbox 360 controller to Windows PC through Bluetooth:

Q.2 How to Connect a Wired/Wireless Controller on Windows 10?

Whereas, while using the wired Xbox 360 controller on Windows 10, you will require to plug the controller into the USB 3.0 or USB 2.0 ports on your PC. Then, Windows 10 will automatically recognize the device.

Q.3 How to Resolve Xbox 360 Controller Driver Not Working on Windows 10?

Try the below suggestions to fix driver issues with your Xbox 360 controller:

Also Read: 5 Best Third Person Shooter Games for Xbox One You Must Play

We hope this guide on how to install Xbox 360 controller driver for Windows 10 helps you. Along with this, we have also included the FAQs section to answer the most common questions regarding the same.

If you face any complications while performing the above-mentioned methods, then do tell us in the comments box below. Also, comment down if you have further suggestions.