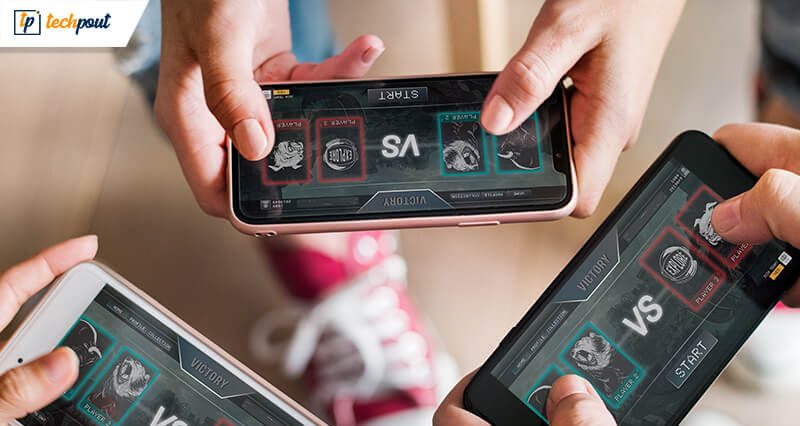 In today’s interconnected world, Android multiplayer games have brought a new revolution in the gaming industry.

Online multiplayer games with its ever-changing adventures & virtual environments are gaining a lot of popularity across a wide spectrum of gamers.

In light of this, online multiplayer games for Android have become an inescapable obsession for the tech-loving generation who loves to compete with other players around the world!

However, choosing the best Android multiplayer games is a tedious task as there are tons of great options.

So, if you don’t know what are the best multiplayer games for Android, then you don’t have to worry about it anymore, as we’ve done all the heavy lifting to help you pick your perfect gaming partner.

PUBG Mobile (PlayerUnknown’s Battleground) developed by Tencent Games, is undoubtedly one of the best Android multiplayer games in the world right now.

PUBG Mobile does doesn’t need any introduction as it ranks above all as a true king in the category of multiplayer mobile games.

PlayerUnknown’s Battlegrounds (PUBG) is an online multiplayer battle royale game that aims to offer the most intense free-to-play multiplayer action on mobile.

The official PUBG Mobile is just like the last one standing deathmatch where players from all around the world can choose to enter the match solo, duo, or with a squad of up to four people.

If you’re looking for an Android multiplayer game that lets you play pool with others around the world, then 8 Ball Pool is a must-have game for your mobile.

8 Ball Pool is the world’s best pool game where players can compete with your friends in 1-on-1 matches, or play tournaments for free anywhere, anytime.

In this real-time multiplayer game, you can challenge the best pool players from across the globe to win exciting trophies and coins.

Critical Ops is one of the most intense & skill-based online multiplayer games for Android.

With more than 50 million downloads, Critical Ops is arguably one of the best 3D multiplayer FPS (First Person Shooting) games that provides an action-filled experience through challenging combat & game modes.

Critical Ops is a fast-paced first-person shooter where you can choose to bring demolition as a deserter who is part of The Breach or you can fight as a member of the Coalition.

Gameloft’s most popular and fearless street racer, Asphalt 9: Legends is one of those Android multiplayer games that will keep you on the edge of your seat for hours.

Asphalt 9: Legends is without a doubt, one of the best multiplayer games for Android that delivers the most-realistic arcade racing experience on mobile.

Pick your dream car, race across the most spectacular and fiercest tracks, and emerge as the next Asphalt Legend.

Even if you are not a fan of Android multiplayer games, then Gameloft’s best online first-person shooter will make you one.

The games listed-above are some of the best Android multiplayer games in 2019.

You can get all of these multiplayer mobile games on the Google Play Store for free; download them and experience the most epic challenging missions & intense battles on your mobile devices.

So, what are you waiting for? Pick your favorite & compete against online rivals from all around the world!

However, if you’re someone who is not much of an online gamer, then you can also check out our latest list of best offline shooting games.