Apple users may feel inferior with the inbuilt feature provided. One of which is the call recording feature. For keeping track of phone calls some Android users get inbuilt call recording software whereas the Apple iPhone user has to download a call recording app for iOS to perform call recording.

Apple has always kept their devices protected which is why the company does not provide any inbuilt call recorder.

Here we have listed paid and free call recorder apps for iPhone. Let’s read about them. 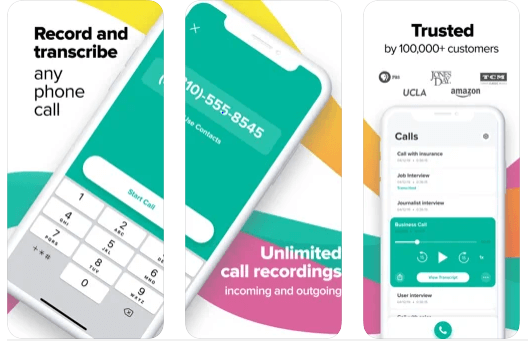 The app has a paid feature which is to get the recorded call transcribed. If the user aims to get the call in written form then the app would charge some amount of money other than that the app is one of the best free call recorders for the iPhone.

The company claims that the app transcribes the calls with 99% accuracy. The app has a rating of 4.4 out of 5. 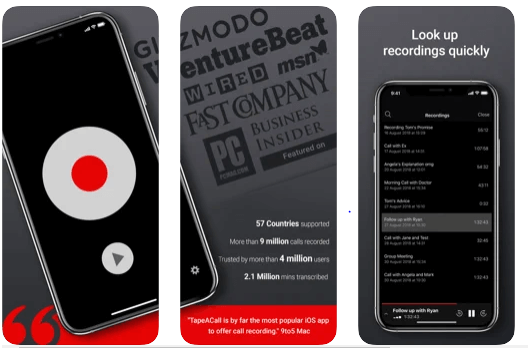 In the list of call recording apps for iPhone, the TapeACall is in the second position because of its easy-to-use interface. Recording a call with Tape A Call Pro is very easy, the user just has to click the button while on the call to record, unlike the other apps. This app costs $3.99/month and $19.99/year. After the in-app subscription, the user can record unlimited calls including both incoming and outgoing.

The recording quality is great from both ends, one can easily understand from the recording. The user can take a free 7-day trial after which using the app will require the subscription.

This best call recorder for iPhone has more than 4 million users in over 50 countries. The app is rated 4.2 out of 5. 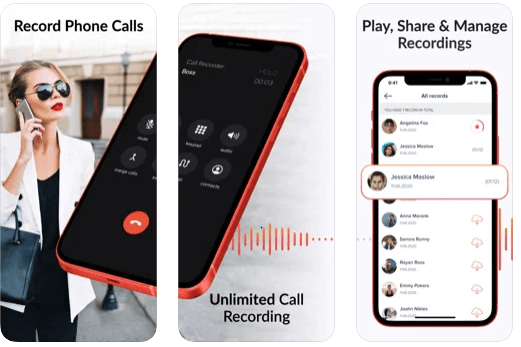 The Call recorder iCall is a paid app but it offers a free trial for 3 days to the user to have an experience with the app. The app provides every feature which any other app would give like both ends call recording including the incoming and outgoing calls, unlimited recording of the call is also offered by the app.

One unique feature which Call recorder iCall offers is that the user can make international calls with this app. This is why this app is on the list of the best call recording apps on the iPhone. Unlike the other paid call recording apps for the iPhone, this app is relatively higher in price the app charges $14.99/ month and $69.99/ year. The app delivers the quality which the user expects after paying the amount. The app has a rating of 4.5 out of 5. 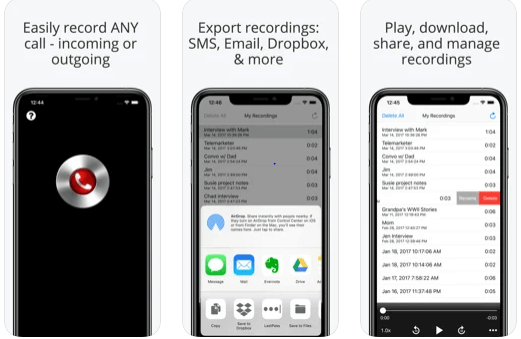 The Call Recorder Lite offers free call recording but the interface is a little different as compared to the other mentioned above. This app connects the call between the two recipients with the app as a conference call. Once the call is merged between the three the app will start recording. The user can access the recording for 60 seconds if the user wishes for more for that pro version purchase is required. The pro version costs $9.99. 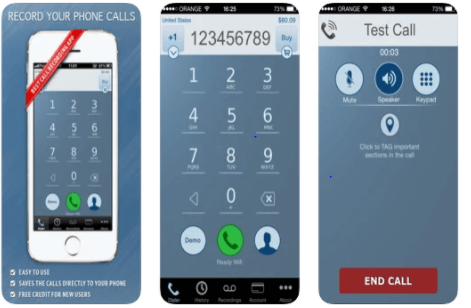 The Call Recorder- Int Call works the same way as the Call recorder Lite. For recording a call the user needs to dial the number using the app’s keypad. While recording the outgoing call is in the user’s hand to dial but recording the incoming call is a tough job as the same process has to be repeated. The app interface is not user-friendly as compared to others which is why the app is listed at the bottom of the call recording apps for iPhone list.

The app has very minimal charges as compared to other call recorder iPhone apps. The Call Recorder- Int Call has a prepaid system, which means the user needs to buy the credits to use the app. The credit charges are $4.99 for $5 credits, $9.99 for $10 credits. The app has a rating of 4.2 out of 5. 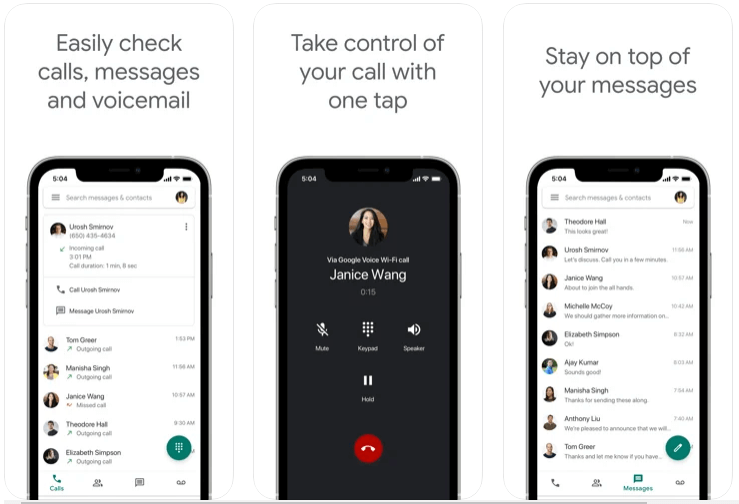 Next on our list of best call recording apps for iPhone is Google Voice. Google is a well-known and a trusted brand which you can trust blindly. Google Voice is a great call recording app with the trust of Google. It does not just let you record calls but using this app you can call, text, and voice mail to the contacts.

The best feature about the app is that it records the call in original quality. Moreover, the app can be used as the replacement for the default calling app, it offers the users to manage call logs and block unwanted callers.

The app has been rated 4.2 out of 5 by more than 24K users. It is free to use the app with loads of features to replace other apps.

Finding the best call recording apps for iPhone is easy now, you just have to choose from the list above.