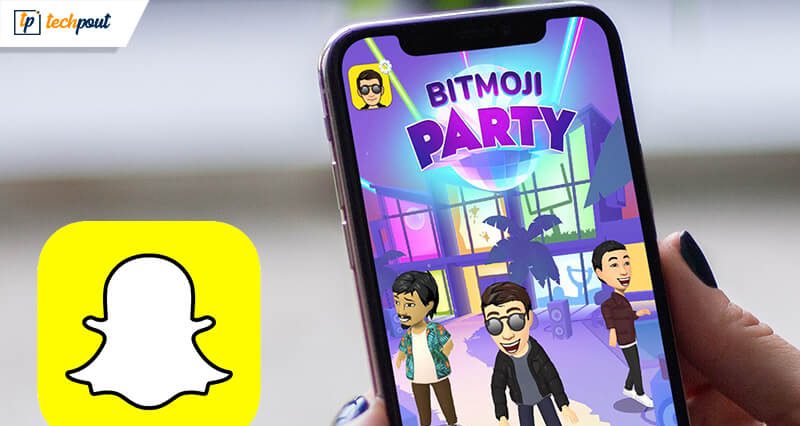 Do you like playing games on your smartphone? If yes, then here’s a whole new world of games unveiling in front of you on Snapchat’s gaming platform. Yes, you read that right!

Intrigued by the idea of what’s waiting for you in Snap Games and wish to know how to play games on Snapchat? Then, here’s a guide to everything that you need to know about Snap Games.

With a sassy pitch, “new way to hang out with your friends on Snapchat,” Snapchat is making its entry in the arena of mobile gaming after several months of speculation.

Snap confirmed all the speculations by revealing its plan for going live with Snap Games at the Snap Partner Summit in Los Angeles.

Table of Contents hide
What are Snap Games?
Which Games are Available on Snapchat?
How to Play Games on Snapchat?
Launching Snap Games
Invite Friends to Play a Game
Exit a Game
How to Gain Rewards From Videos
Control Game Activity Notifications
Summing Up

What are Snap Games?

Snap Games is the name of the all-new gaming platform of Snapchat. The chat feature of Snapchat has received some cosmetic changes to include the game’s icon now. The “rocket” button at the bottom of the screen in the Chat window represents Snap Games.

Upon hitting the game’s icon, it launches a new game that can be played with your friends in real-time. The games are coded in HTML5.

The games have already been rolled out but not to all worldwide users at the moment. This is because Snap is rolling them out to the users steadily to prevent server crash downs. Several users have received messages from Team Snapchat if Snap Games has been rolled out to them.

It is to be noted here that certain devices may not support Snap Games. If such a scenario arises, then you can try using Snapchat on a different device or you can also launch a different game on the same device and see if that is working.

Read More: How to View Someone’s Snapchat Story Without Them Knowing

Which Games are Available on Snapchat?

How to Play Games on Snapchat?

So, as you already know that games can be accessed from the Chat window, therefore you can launch a game in the following way:

Invite Friends to Play a Game

As soon as you launch a game, everyone in the Chat will receive a notification to join the game with you. Additionally, they will receive a message too about the game that you started playing.

All they need to do is tap the game icon to start playing the game with you. Thus in this way you can play a game on Snapchat with your friends.

Read More: How to Play PlayStation Games on Your PC

If you wish to quit playing a game, tap on the cross icon at the bottom of the screen. You will further receive a prompt confirming whether you really wish to leave the game; so, you can tap on “Leave” to completely exit from the game.

How to Gain Rewards From Videos

If you are in dire need of points, then you can watch videos to earn rewards like coins or items. These in-game rewards can only be collected by watching a video ad entirely.

If you wish to turn off game activity notifications from your friends or groups, then you can use the below steps:

What could be more interesting than playing games on Snapchat? Snapchat was already preferred by people for its chat service, fantastically funny filters, stickers, and the Bitmojis.

It is therefore, being presumed that Snapchat is introducing gaming to increase its popularity and user base as it is still not outperforming other social media platforms despite featuring interesting functions. With the arrival of games, Snapchat will assuredly attract more users.

Thus, keep your gaming spirit high as you now know how to play Snapchat games with your friends.