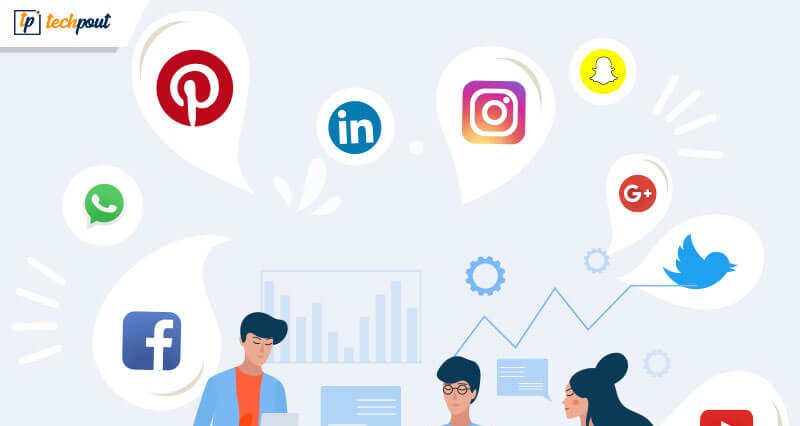 Social media has become the ultimate superior entity that hangs above all of us. It is used by everyone, exploited by some and detested by none. Most of us can’t even imagine human existence without it and don’t even remember the time before it wasn’t in the world.

We are like slaves to this technology, serving ourselves to it every waking moment of the day. From morning to noon, to even 3 at night, people need social media to quench their appetite.

But much like everything under the sun, social media comes with its own set of pros and cons. Different classes of people have a tussle over whether social media is good or bad for Society, or what kind of effect it has over the general population.

And hence, this article will show you a clear cut picture of both the positive and negative impact as well as the conclusion of social media.

Nobody can deny the fact that social media is the best resource to create a network of like-minded people. And in result, it is used by various people all around the world to share their problems and fears, either on forums, posts, or blogs. This helps to build a ring of security and comfort for the troubled individuals.

For people going through tough times, connecting with people without any sort of judgment is an instant remedy. These communities are always there to help people, and it is all thanks to social media.

In this ever-changing job market, searching for a job that suits your skills becomes very important. After the revolution of social media, tons of different kinds of jobs were created, and they are growing ever so rapidly. Who could imagine 15 years ago that there’ll exist a legitimate career path of being a Social Media Influencer?  Nobody. But it exists and is growing powerful at an exponential rate.

Not only that, people use these platforms as a medium to find jobs. Sites such as LinkedIn help individuals to connect with prospective companies and then build up their network.

In addition to all this, social media helps students to learn essential job skills very early that would be beneficial to them in their lives.

With the increase in consumer economies in the world, all sorts of businesses need to match the demands of the market. And when everyday new organizations are forming, social media becomes the source of marketing and advertising.

These platforms increase the reach of the audience almost three folds than a traditional marketing approach. With various tools of digital marketing, like SEO and keyword associated content, all sizes of companies can benefit.

It even helps the organizations to connect to their customers and better their products.

Everyone is equal on social media. You and Kylie Jenner might have a difference (read: huge difference) in the number of followers, but nobody can term you inferior to her. You both have equal independence and equal voice on these platforms.

Social media also provides one with a reason to do something. It urges them to be a part of something bigger than themselves.

All of this helps an individual find her/his footing in this brave new world and become the best version of themselves.

Even though a large chunk of the population believes that social media leads to detachment in relationships, many studies show a contrary proof. These sites help relationships to strengthen and connect in a way that was not possible before.

Older people are able to bond more with their younger counterparts, be it while learning how to use social media apps or by creating their own social presence. Children can reach out to their families and friends in case of any problems.

Social media is providing a new definition and depth to relationships.

Privacy is no more, and social media holds the bleeding dagger. Nothing is sensitive information anymore. Everyone has hold of everyone’s private lives. Be it contact details, social security numbers, bank account details, or even their movements; everything can be tracked.

This paves the way for hackers to target more and more people, leading to leakage of private data, pictures, and videos.

The only thing that can be done to avoid it is to be aware of all your actions on these sites.

Addiction to anything is always bad. It never lets you survive well.

One of the most common negative impacts of social media is the addiction people have to it. They can’t seem to get rid of their presence on these sites, spending large amounts of time on them.

Sometimes they even get withdrawal symptoms when they are forced to switch offline, leading to problems in their personal relationships as well as work matters.

It is high time that these people seek help and visit the outside world more.

There isn’t any doubt about the fact that health is affected by excessive usage of social media. It gives into eye problems and posture restructuring. It also leads to various fatigue issues and sleep disorders as well.

The physical effects of social media on students are more. It makes them resistant to exercise, gives way to obesity, and even reduces their mental attention span.

Some studies even suggest that it increases the risk of cancer and leads to an early death.

The world of social media is undoubtedly dark, isn’t it?

If you want to know true facts, overdramatic news channels would be a better choice than social media. Fake news, a controversial term, spreads like wildfire once they are out in the open. And social media sites fan this fire to burn more.

Almost every day, there is a case of a catfight between actors, death of a famous person, or fake NASA pictures from space. Not only that, but they also help political parties to swing more innocent people in their direction. This was proven during the Lok Sabha as well as the US Presidential elections.

And hence it’s always better to verify any sort of information you come across before believing and sharing it with the world.

For various psychologists, social media is a crucial source for their studies. The consequence of it is that adverse on the generations of people. The high rise in anxiety, stress, and depression is all thanks to these sites. Effects of social media on youth are much more in number than on older ages.

It distorts the idea of self-image. It makes youngsters try and be like the people they follow on social media. They completely lose touch with their own identities while becoming someone else.

It further reduces their self-esteem and self-worth, and they feel isolated. The height of it reaches to maximum when these people try to kill themselves.

Makes you question, doesn’t it?

Online bullying is a serious threat to everyone on the web.

It is very easier for people to retort and offend anyone by posting anonymously. This, in turn, creates a trap of harassment for the one being bullied. Children are highly affected in such cases. They form an image of themselves, like the way the bully sees them. And sometimes take severe life-altering actions.

Some people even call cyberbullying worse than offline bullying. Hence there need to be taken stern actions against these people.

All these are the major effects of social media. It is always in our hands to decide the conclusion of social media in our lives: positive or negative. Instagram, Facebook, Snapchat, etc. are there to help us out and connect people more. It is the flip side of it, which is harmful and needs to be taken care of.