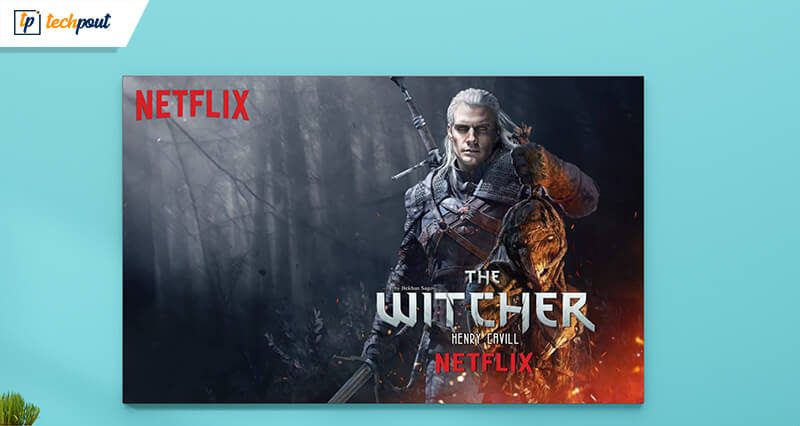 “There’s a grain of truth in every fairy tale.” – Andrej Sapkowski, The Last Wish

Finally, the longing for the much-anticipated series “The Witcher” is over. The first season of the eight-part series was released on December 20. You can stream “The Witcher” on Netflix now.

It would be appropriate to quote Andrej Sapkowski’s line from the second book of “The Witcher” saga – “Sword of Destiny,” which suits this post so well, “There is never a second opportunity to make a first impression.”

The above-quoted line stands true for this dark fantasy web series. Well, “The Witcher” did manage to make a substantial impact and lasting impression on the viewer’s minds with powerful action sequences, CGI effects, a Tolkienesque essence, and of course, commendable performances from Henry Cavill, Freya Allan, Anya Chalotra and many more talented actors.

This American drama web series has been created for Netflix by Lauren Schmidt Hissrich, and “The Witcher” season one is based on the first short story (of the two collections of short stories succeeded by the main “The Witcher” saga) by Polish author Andrzej Sapkowski’s, “The Last Wish.” 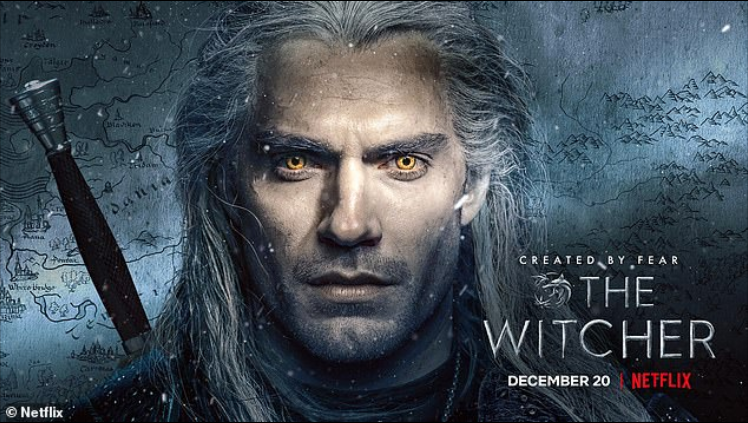 Some incidences have also been grabbed from “Sword of Destiny” (the second in the short story collection) and “Blood of Elves” (the first full novel of the saga) to enhance the dramatic appeal of the web series.

The first season of Netflix’s “The Witcher” has a total of eight episodes, which appropriately lays the foundation stone for plot building of the upcoming seasons.

The storyline is set in the pseudo-medieval period, and the mysterious realm comprises of elves, dwarves, and dragons apart from humans and several other non-human races including the Witchers who are the focal point of the lore.

The Continent, the fictional place where all the narrated events take place, is divided into prominent regions in the four cardinal directions with numerous kingdoms.

“The Witcher” web series is portrayed in a narrative style depicting three timelines simultaneously. The creator has beautifully represented the three-time frames and viewers will sway back and forth in time smoothly.

The timelines of Netflix’s “The Witcher” comprises of the following: a distant past (portraying the ascension of Yennefer as a mage), the recent past (depicting the protagonist’s journey across the Continent and his chance encounter with Yennefer), and the present-day (which shows Ciri’s desperate escape from the nefarious soldiers of Nilfgaard and her dire search for Geralt).

“The Witcher” recounts the tale of Geralt of Rivia, the protagonist with prowess, superhuman strength and demeanor, and a black-and-white viewpoint with no greys in between. The character is portrayed by Henry Cavill. Geralt is the trio of the three principal characters, the others being Yennefer played by Anya Chalotra and Ciri, portrayed by Freya Allan. Ciri’s destiny is intertwined with Geralt’s.

Cavill under extensive sword-training and described his look in the web series as “incredibly shredded and scary,” in an interview.

Geralt belongs to the rare breed of monster-hunters, colloquially known as Witchers among the masses. Although, Geralt is the dauntless evil hunter who has battled innumerable monsters throughout his lifetime, yet his actual archenemy lurks in the overlooked grim southern region – the Kingdom of Nilfgaard.

The new extremist ruler of Nilfgaard has one ambition, and that is to unite all the kingdoms under his dominion and also to force everyone to bow to the White Flame. Nilfgaard’s fanatic ruler is also after Ciri due to her extraordinary powers.

“The Witcher” web series has some of the best sword-fighting scenes ever shot for the small screen. For a particular scene in the decadent hall, the camera has effectively captured the combatant’s blades in swinging motions as is done in the big-budget superhero movies. 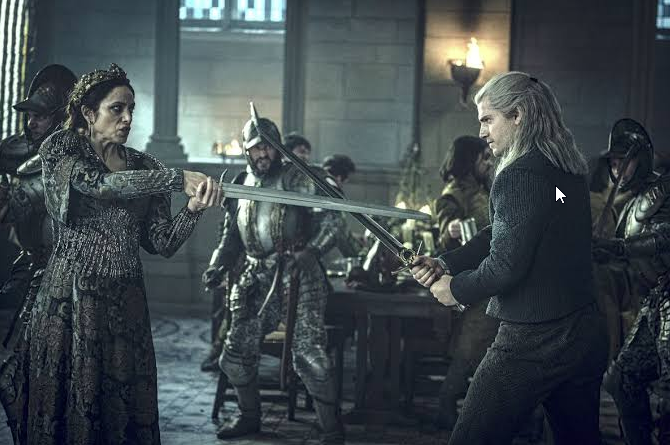 Whenever Geralt comes on screen with his sword, it is sure to raise the excitement level among the viewers in anticipation of what’s going to happen next. The spectacular sequences from episode one where Geralt is fighting a band of mercenaries or his clash with the horrible giant spider, all seem to push us into the fantasy corners of our mind and hook us to our couches.

Henry Cavill’s performance is perfectly in tune with the fictional character of “The Witcher” saga. His grave tone, intimidating appearance, action-packed performance, and dialogue delivery is definitive to enthrall viewers worldwide.

Apart from the deft sword fighting choreography, the CGI characters are considerable for a web series but there is still room for improvement. The Geralt-Jaskier and Ciri storyline from the online series of “The Witcher” generates most of the curiosity to make us want to look forward to the following episodes and subsequent seasons.

Although, “The Witcher” has had several previous adaptations in the form of a film, two television series, and three video games. Yet, you can look forward to watching the latest web series on Netflix due to the cinematic representation which can help you live the fantasy realm portrayed through the adventurous journey of Geralt.

The shooting of the second season has begun in November this year and fans can look forward to its release by 2021. Overall the show is promising and is surely going to influence you mentally. You can also download “The Witcher” from Netflix for enjoying it offline during the year-end holidays.