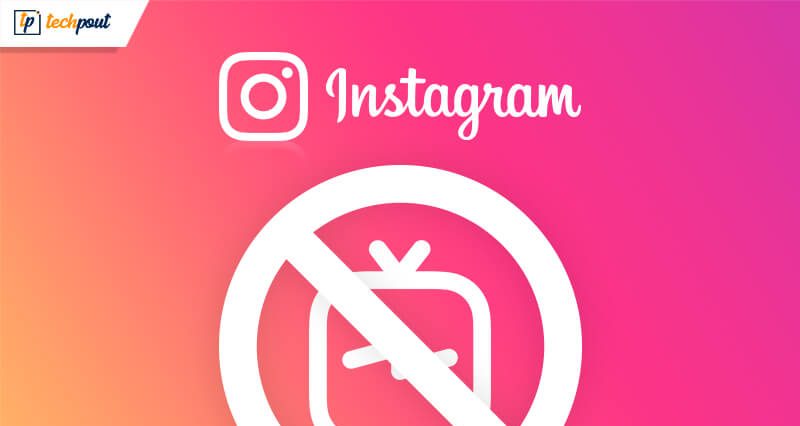 Instagram has finally decided to drop off the orange IGTV icon from the top-right corner of its main app. The possible reason behind this decision is the lack of active usage of the shortcut feature of IGTV by Instagrammers. This does not mean that the application is being withdrawn, only the shortcut icon to access IGTV from within the Instagram app is being removed at the moment.

According to a Facebook representative’s statement to TechCrunch, “We have learned that most Instagram users are finding IGTV content through previews in the Feed, the IGTV channel in the Explore page, creator’s profiles as well as through the standalone app. Very few users are clicking onto the IGTV icon of the home screen within the Instagram app.”

He also added to the above statement that it is Instagram’s utmost aim to keep things as simple as possible for users, hence removing the IGTV icon from the Instagram app will simplify things.

IGTV was launched in June 2018 to facilitate the posting of longer videos. Though it was launched to provide a platform for celebrities and entertainment brands to announce their teasers, trailers and other associated activities, yet it became quickly popular among influencers, artists, business pages and other activists.

This is because they were able to upload entertaining as well as informative videos of duration up to one hour in length. Regular users could also upload videos up to 10 minutes long.

Also, IGTV initially supported vertical format videos; however, it later changed the appearance of the videos from vertical to horizontal mode to fill the screen space.

According to Apptopia, 7.8 million downloads of the IGTV app occurred in the first year after it’s launch in 2018. During the same period, TikTok had 1.15 billion downloads. In the US alone, TikTok had been downloaded 80.5 million times as per research sponsored by Sensor Tower which was conducted by TechCrunch.

Instagram users so long didn’t need the external IGTV application as the IGTV videos were embedded in the Instagram app which was accessible via the in-feed video teasers, from the Explore page, promo stickers on Instagram Stories, and also from the profile of the creator.

What could be identified as the possible reasons behind the not so satisfactory usage stats are listed below:

According to the Facebook spokesperson, “Our goal is to centralize the video upload process and make it as simple as possible.”

Ultimately, users can now go to Instagram’s Search & Explore the page to view the IGTV video tab, which is the first tab on the left-hand side situated at the uppermost part of the Explore page. Tapping upon the IGTV tab will redirect you to the videos trending currently on IGTV.