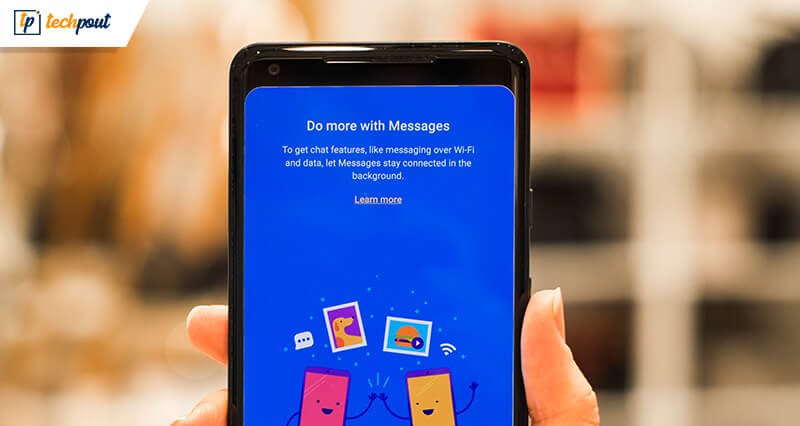 Those who are bored with the old text messaging interface of Android phones, here is the new RCS Messaging platform for Android phones that are utilizing Google’s mobile software. Sanaz Ahari Lemelson, senior director of product management at Google, tweeted, “RCS, a new text-messaging protocol, is available to Android users in the US as of Monday.”

Google has been trying to upgrade its messaging services for quite some time now but it is still behind in its performance and features from Facebook Messenger and Apple’s iMessage. RCS stands for Rich Communication Services that is going to replace traditional SMS texting.

This is a chat service that requires cellular data or Wi-Fi connectivity. It will facilitate all modern features like showing read receipts, real-time typing indicator in the form of bubbles, the ability to transfer high-quality photos, and much more.

Currently, the list of countries that are supporting the RCS chat service is the United States, the United Kingdom, and France. Text messaging remains a popular choice of message interaction in the United States compared to people of other nations who prefer using third-party messaging apps like WhatsApp and Facebook Messenger more than SMS service.

Google has been testing the chat service since the beginning of this year but it is planning to roll out the service to all parts of the world by next year. At the moment, Google is trying to make RCS messaging accessible to all US residents which is estimated to reach completion by the end of this year.

The chat feature can be accessed through Google’s message app which can be downloaded in the Android phones and should be set as the default text messaging app.

If you are on the old messaging platform and receive the “Upgrade Now” prompt, then all you need to do is follow the prompted steps and provide your phone number. You can further turn on and apply the settings as described below.

You can activate the interesting chat features in two ways. The first option is to do this from the Settings section of the Messages app. After you go to Settings, go to the Chat features and turn on the desired settings like read recipients, typing indicators, etc. You can also disable the typing indicator from the same place.

Secondly, the Chat feature can also be enabled when you are auto prompted by the Messaging app to turn on the featured settings.

You can differentiate between the old messaging interface and the new RCS chat platform by looking at the text box before you start messaging. The box should indicate “Chat message,” which means it is using the updated version of the messaging app. If, on the other hand, it is still on the old messaging platform, then it will be indicated in the above box section as “Text message.” This function uses internet connectivity; hence it is available even when the phone is on Airplane Mode.

Another essential thing to note here is that RCS messaging is not going to provide end-to-end encryption, unlike WhatsApp and Signal. This means that the messages are first directed to Google’s server and from there to the recipient’s phone. Post this; the conversation will be completely wiped off from Google’s server.

While it may be some time until the entire world has access to the latest RCS messaging service from Google, but other tech giants like AT&T, Verizon, T-mobile, and Sprint are already occupied in designing other technologies through the Cross-Carrier Messaging Initiative. These could be availed on Android devices with the help and support from network providers in the future.