Harvest Moon is one of the best farming games which you can play. The reviews and user experience have led the game to its glory among the gamers. Harvest Moon is a great game but then if you keep on playing the same game you will get bored. This is a common human tendency to keep switching when bored, some of you must have thought to switch to other games.

Here is the list of Harvest Moon game alternatives that you can choose from in 2021. Most of the games in the list can be downloaded from Steam. 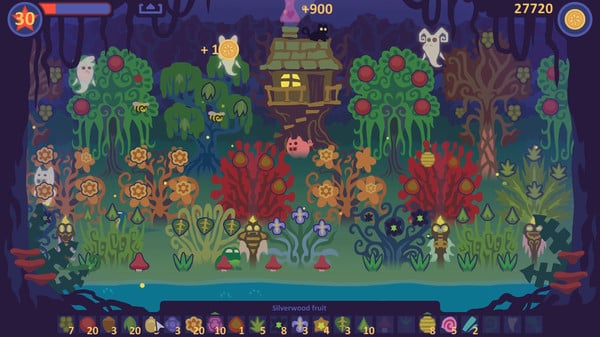 Voodoo is a renowned name in the gaming world which is why you can easily trust Voodoo games. The Voodoo Garden game is the best farming game like Harvest Moon that you should try. Unlike other farming games that require you to grow fruits and vegetables, this game is different and a step ahead of them. While playing this game you need to grow herbs, fruits, vegetables, and shrubs that can be later used as powers. Other than just growing you also get to catch wild animals that too help with powers.

Just like farmers you get to pet animals for your company and powers. This is very unique as compared to other games like Harvest Moon for PC. Give it a try, you may like it. 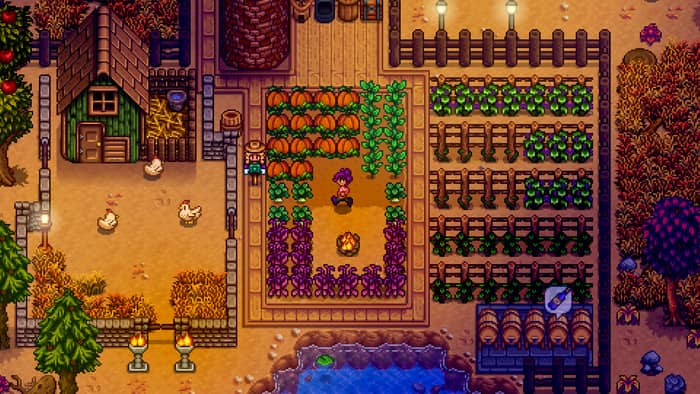 If you are looking for a game like Harvest Moon then you can also try our next pick which is Stardew Valley. This game offers very similar gameplay and graphics which you can try. Developed by one indie developer, this game is one level above the Harvest Moon. The game offers a bigger geographical space to grow crops, raise poultry and enjoy farm life.

If you are a person who likes farming activities then this game will definitely excite you. The user’s reviews make it one of the best farming games like Harvest Moon. Stardew Valley can be played on various platforms including PC, Mobile Phones, and Play Stations. 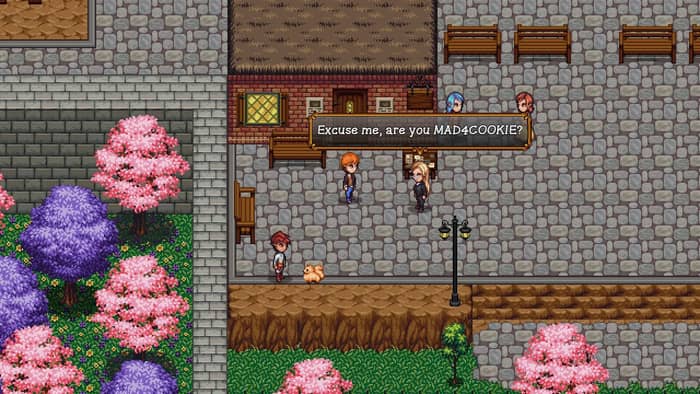 Next on the list of farming games like Harvest Moon, we have a recently launched developing game named Fantasy Farming. The game is still developing but while you play the game it will provide the same experience as Harvest Moon. This game is similar to farming games with some add-ups of social elements. While playing the game you can enjoy festivals and hang out with villagers. Other than this you can also participate in various other village activities.

All in all, we think that you would definitely like Fantasy Farming which is one of the games similar to Harvest Moon for PC. Do give it a try. 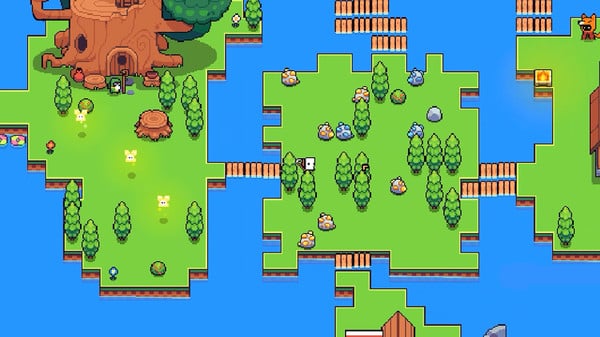 Based on exploration and farming next in the list of PC games like Harvest Moon we have Forager. This is also a newly developed game but it can make you love the farming games again. You can build your own world the way you want with this amazing Harvest Moon alternative.

From the scratch, you have to build your kingdom, manage time between farming and other activities like hunting for powers. As you upgrade level you will learn new skills and unlock new things in the game.

Other than this you can even enjoy puzzles, find hidden items in the area, and play many other mini-games. It can be a taste changer game for you to enjoy. 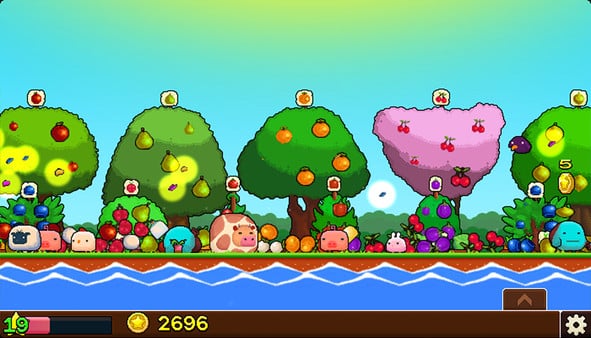 As the name suggests, Plantera is a gardening and farming game. Similar to other games like Harvest moon for PC, this is a very minimalistic and cute graphically represented game that may attract you. In this game, you have to plant and grow fruits and trees along with that you need to raise animals too.

Using the small little graphical creature’s you have to expand your territory. These little creatures in the game will work while you are not playing. They will work to help you with the gold. You can try this cute Harvest Moon game alternative. 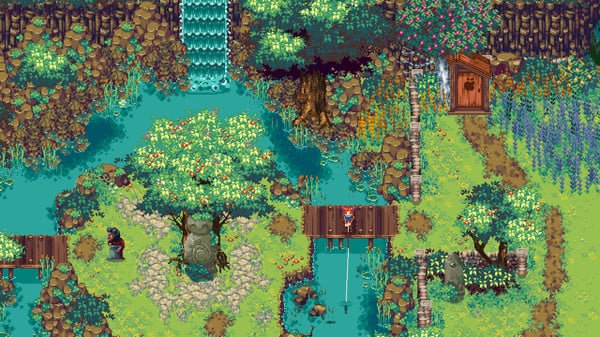 Kynseed is another PC game like Harvest Moon which offers a similar theme. The game offers a variety of places other than just farmland which makes it more interesting to play. Just like other farming games you can perform farming activities, run a business, participate in activities with other villagers and perform many more such things.

Other than just producing normal fruits and vegetables you can even produce beer in the game. Looking at the features which this game offers makes it one of the best farming games like Harvest Moon which you can try. 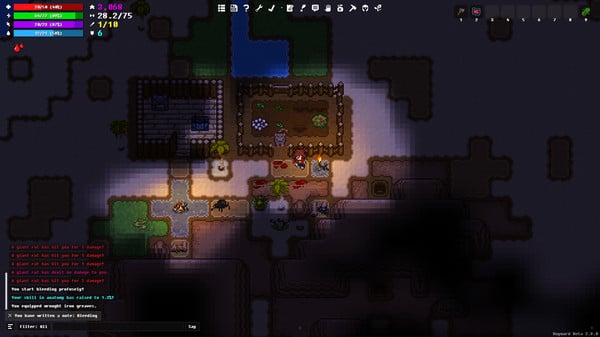 Next in the list of PC games like Harvest Moon, we have Wayward. It is a mixture of many games consisting Harvest Moon, Minecraft, Don’t Starve, and others. Wayward is more of a survival game where you need to keep on gathering resources while keeping your character alive.

All you need to do is survive and depending on your gameplay you will get the items to craft. There are more than 300 items that you can use while playing the game. No level, no class, only survival while crafting. You can enhance your survival and crafting skills with this game. This is a great online game like Harvest Moon that you should try. 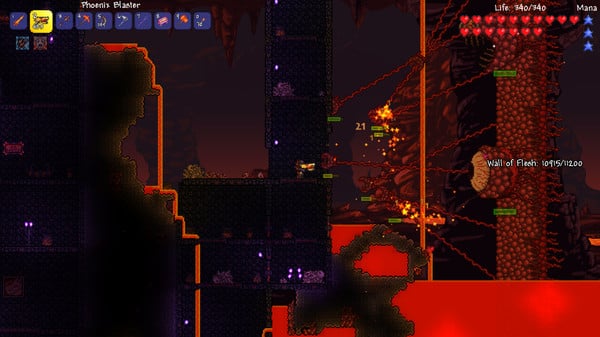 As the name suggests this is more of a crafting and fight game where you primarily focus on crafting. The primary function of the game keeps it on the list of online games like Harvest Moon. You need to explore the place and find a cavern with a treasure that can help you to move further. While finding the treasure you can experience adventure. You need to survive from other threats until you take the treasure.

The ones who are looking for a game with a twist can try Terraria. They might find their ideal game. 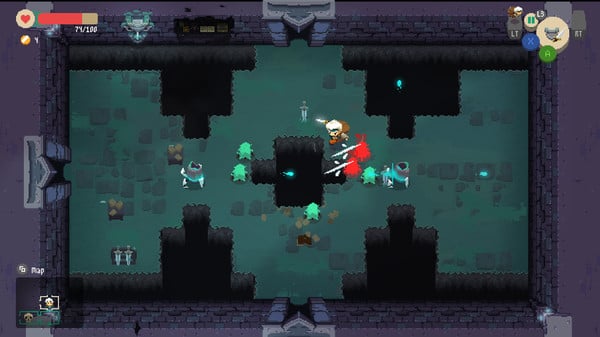 Moonlighter is another great game that you can try in place of Harvest Moon. You as Will works as a shopkeeper in the day and works for your fantasies at night. You need to work smartly with both jobs. The actions which you do while playing should benefit both your duties in the day and even at night.

The way you perform during the day will get your currency which later you can use to buy weapons for your duties during the night. The game has a very interactive interface that will keep you busy. If you are thinking of trying games like Harvest Moon then you can give it a shot. 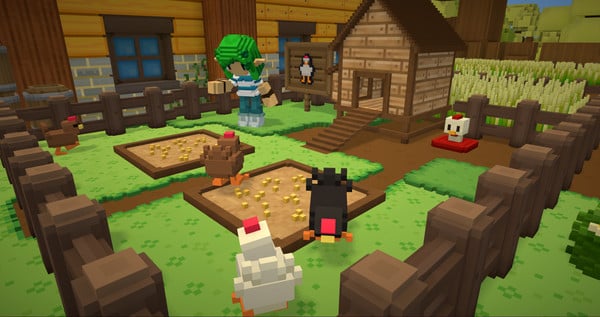 If you like playing games like the Harvest Moon game but you are bored with that particular theme then you can try playing Staxel. It has better graphics and fast gameplay as compared to the Harvest Moon. The game is a mixture of both farming games and Minecraft games, so you can enjoy a 2-in-1 gaming experience with this alternative.

Being an RPG game it offers various features which most of the games lack in the games. If you wish to download the game you can find it on Steam.

Also Read: How to Play PlayStation Games on Your PC 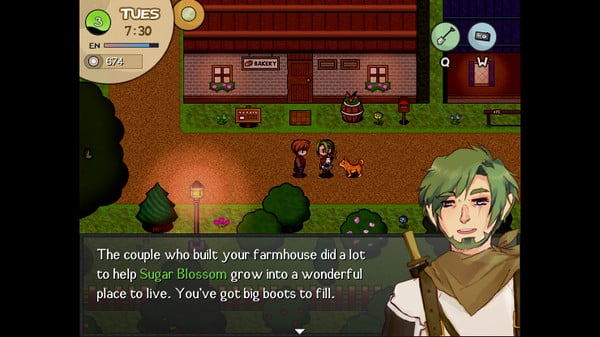 Next, we have World’s Dawn which is a farming and survival game. The game has various places which you will get to stay and farm your own food. In the game, you need to survive at new places with the food you produce. It is exactly the same as you living a life in the countryside.

You can also interact with the people around you. If you wish you can become a full-time farmer as well. This is a very unique soothing game that keeps you away from the hustle of a city. You can try this game to live a countryside life in virtual reality.

Getting bored is common, but choosing the next game which would interest you is tough, but we have made it easy with the above list. From the list, you can choose the game which has similar features to Harvest Moon. The best part about the games is that they are a step ahead of Harvest Moon in features and gameplay.

We hope that you find this article helpful. For more, technology-related articles subscribe to our newsletter.