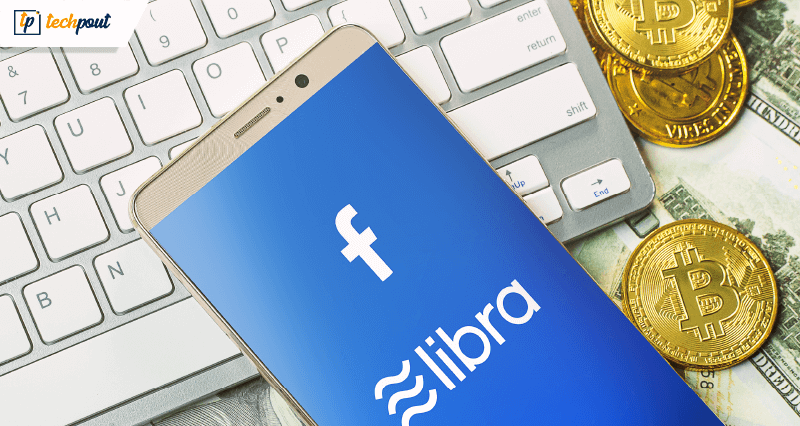 Facebook’s Libra coin isn’t even out yet, and it has already being awaited by many. There have been many rumors and info doing rounds lately regarding it. Questions like ‘Is Facebook set to launch Libra cryptocurrency?’, ‘Is Libra better than Bitcoin?’, ‘Will Libra launch in India?’ etc. have been on top of Google searches.

And here today, all of these and your questions will be answered.

Table of Contents
What is Cryptocurrency?
What is Libra?
Is Libra better than Bitcoin?
Why Libra Can’t Make It Big in India?

The official definition of cryptocurrency is, “A cryptocurrency (or cryptocurrency) is a digital asset designed to work as a medium of exchange that uses strong cryptography to secure financial transactions, control the creation of additional units, and verify the transfer of assets.”

So simple to understand, isn’t it? Let’s break it down in much simpler terms.

As its name points out, it is a type of currency. Crypto means something secret and difficult to understand (like human behavior, just kidding!). Cryptocurrency means the transaction of money or assets in a confidential manner. Its transactions are secure and authenticated because of its various coded encryptions. It is a way to exchange value in the digital world. It is different from online transactions on sites like PayPal and Paytm even though cryptocurrencies might have digital wallets too.

The most significant difference between regular money and cryptocurrency is that there is no third party like banks while dealing in cryptocurrency.  That means there’s no requirement of credit score or any other private data. A person can also use a fake name to operate his cryptocurrency transactions.

Cryptocurrencies are similar to virtual accounting systems, as all transactions are recorded. These exchanges are packaged into blocks, which are cryptographically (hence the name) marked and the customer doing the marking gets some number of units of virtual cash.

The most important feature of cryptocurrencies, i.e., ‘security’ is provided through an exciting form of a technology called Blockchain technology.

For most of us, Libra is the name for a zodiac sign. But Facebook has given this term a new definition. It is going to be a new cryptocurrency in the market.

It is an attempt to make the world and cash flow more digital. With more than 2.6 billion users worldwide, including on Instagram and WhatsApp, Facebook has very high chances to be successful in this venture. It has crossed the biggest barrier that cryptocurrency companies have, that is having a customer base. It won’t be difficult for Facebook to incorporate Libra into our lives because of our habits of using social networks so consistently. Facebook most probably would include transactions of Libra coins through messaging and social networking portals.

The stated aim of Facebook Libra is to “enable a simple global currency and financial infrastructure that empowers billions of people”.

Libra doesn’t fall into a basic description of cryptocurrency because of its similar features to “fiat money”.

Fiat money is usually paper money that doesn’t have its own value but has value because the government provided it that. Examples of fiat money include the US dollar and the Indian rupee. It is not upheld by a physical commodity such as gold and silver, and it can lose its value quickly due to inflation. Demonetisation is a perfect instance of that.

But Facebook cryptocurrency Libra is also a “Stablecoin”, as it is tied to a basket of fiat currencies and securities.

Stablecoin refers to being a cryptocurrency whose value is ‘stable’ and is not ever-changing. This is because of its association with hard value assets like gold, silver, and even fiat money.

That means that whenever Libra Association issues Libra coins, they have to keep the same value of fiat currencies and securities in a bank account. And Facebook Libra interest spikes, the reason would be a value change in these assets.

All this is quite difficult to understand and take in, but we have to because this is what our future looks like.

Is Libra better than Bitcoin?

Even if you hadn’t heard about cryptocurrency, you for sure would have heard the term Bitcoin flowing around. Be it in newspapers, social media, or movies; Bitcoin has taken over the daily lives of people.

But to compare Libra and Bitcoin wouldn’t be right because of the many differences between them.

First and foremost, Bitcoin’s value is very volatile and not stable like that of Libra’s. It fluctuates a lot every day. Also, nobody controls Bitcoin assets, but Libra and Facebook association have a large amount of control on assets and their usage.

Bitcoin is also “deflationary”, which means that there’ll exist only 21 million Bitcoins in existence to prevent inflation. There’s no similar feature in Libra.

There are many other differences between these two but they are still going to compete in the same market. Hence only time can tell which one would be better?

Why Libra Can’t Make It Big in India?

India, a nation with the second-highest population, is home to exceedingly high social media network users. It is hence, a perfect market base for Facebook’s Libra to function and make a mark. Can you imagine that you get a WhatsApp good morning message, and at the same time payment in Libra coins in the same message? How easy would it become for everyone, from shopkeepers to homemakers, to keep track of their money, while chatting?

This sounds like a perfect case scenario. But only when every Indian promise for a legal source of a transaction of money. With great power, comes great responsibility, doesn’t it?

Many government authorities believe that Libra, being a Stablecoin may not be able to operate in India due to RBI’s concerns about money laundering and tax evasion. Add to it that India hasn’t been in favor of using cryptocurrencies in the current market. They don’t want to give any more help to corrupt and illegal transactions of money. And therefore it is unlikely for Facebook to pass through the red tape.

Also, with various controversies revolving around the cryptocurrency market, it is a no brainer that Libra might not be a proper investment instrument for retail investors in India. Libra’s value will not fluctuate much similar to existing cryptocurrencies as it is pegged to a basket of currencies.

Different explanations behind Libra’s no show in Indian market incorporate that Facebook probably won’t meet different arrangements of the Income Tax Act, including segments 79 and 75, which state an organization is completely responsible if its stage is utilized to do any unlawful movement like managing in cryptographic forms of money in India.

It simply means that if there is any misuse or illegal transactions through Libra, Facebook will have to take the blame. And after what happened last year *cough* data privacy loss *cough*, Facebook is very alert and wary of doing anything that would push them in the deep again.

Although RBI regulations might not pose an issue for Facebook if it designs Libra to be a “closed system” which only carries out transactions through its own network.

This is all about Facebook Libra(till now), and we will have to wait to know whether it’ll live up to the expectations of people or it’ll become another one of Facebook’s failed ventures.

Indian App Finder: Find All Popular Made In India Apps at One Place