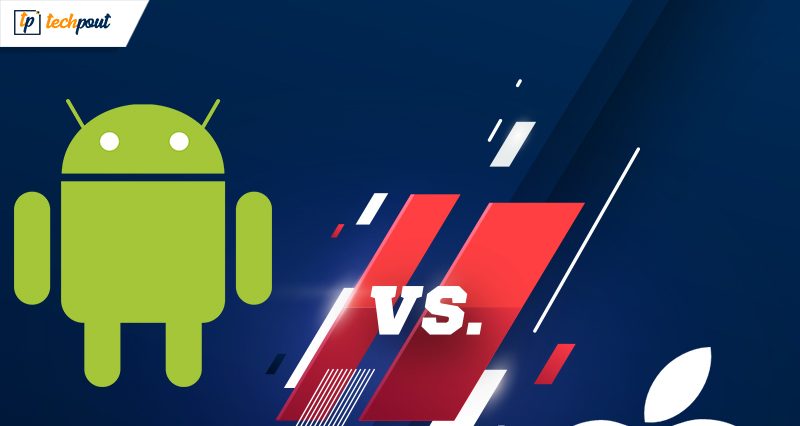 In today’s interconnected world, Android and iOS security have become the prime focus in the realm of technology. However, security isn’t the first thing most people focus on when they buy a new smartphone.

When it comes to the optimized security and privacy of your data, which operating system you choose makes a huge difference.

Google and Apple, two fiercest competitors of one another, are constantly trying to improve and offer the best secured mobile operating system, but which operating system is actually more secure Android or iOS? Let’s find out:

Android vs. iOS – Which is more hackable iPhone or Android?

There are several major factors that you can take into account to understand which mobile operating system is more vulnerable to cyber-attacks and other modern-day malware infections.

Both Android and iOS development platforms continuously trying their level best to keep your data safe and free of malware and viruses.

Although the competition is exceedingly tough in every aspect, when it comes to optimum security, iOS has managed to garner a great deal of positive feedback across a wide spectrum of users.

Android has been rated as the world’s most widely used smartphone platform which makes it a bigger target to cyberattacks.

Android’s open, heterogeneous platform is its greatest blessing and its darkest curse.

Consumers have a variety of different apps to choose from than iOS’ App Store, but there’s a far greater risk that cybercriminals can make it onto the platform to distribute malware-infected apps.

In addition, Android device users can tinker with their phone’s settings to allow the installation of apps from unknown sources.

This provides an even greater selection of apps but also makes it a more tempting target for cybercriminals to lure users into giving up log-in credentials, access to personal data, and other financial activities.

Apple’s operating system, on the other hand, is a closed system, meaning the Apple doesn’t share its source code with app developers, and even the users of iPhone devices can’t modify the code on their phone themselves.

This makes it extremely difficult for cyber thieves to exploit and find vulnerabilities on iOS-powered devices.

If mobile security is your main concern, then Apple’s operating system should be your go-to-choice while purchasing a new phone.

In the Android vs iOS rivalry, Apple still has an easier time of it.

Because Apple controls the iPhone and iPad users in its ecosystem, making it easy to put pressure on the users to install Apple’s iOS updates as soon as they are released.

Privacy and data protection should be one of your top priorities before making a choice to purchase a new smartphone.

When it comes to mobile security and privacy of your data, Apple’s iOS users are more likely to take preventive measures to back up and protect data than their Android-using mates.

Of course, Android is a far more customizable platform than iOS, in any number of ways but this also makes it a less private mobile operating system.

In the Android vs iOS competition, Apple’s iOS is your best bet if you’re looking for built-in privacy & security updates to patch vulnerabilities, but you should also take your own preventive measures to fight against the latest security threats.

Also, the above-mentioned factors are a few security differences that you can take into account between the two mobile operating systems when you’re thinking of purchasing a new phone.