This tutorial is all about how to boost slow VPN speed without any hassles. Read an entire article for more information.

Accessing a VPN (Virtual Private Network) can be both a curse and a blessing. It is an exchange between all the advantages of a VPN service like online security, the capability to access the geo-restricted content, and many more. A slight dip in the VPN connection speed is inevitable, but there are a few things that you can consider in order to boost slow VPN speed.

VPN software adds a layer of encryption to your internet connection while navigating your data through a server in a remote location. This procedure is primarily responsible for the speed loss – because it requires time to encrypt & decrypt your traffic, also, it takes a decent amount of time for your data to transit to the VPN server and comes back. Apart from that, VPN connection protocols, background running processes, and multiple devices connected to the same network are some other factors that slow down the speed of VPN connections.

But, the good news is that you can give your VPN server a bit of speed boost by trying the below-listed strategies.

Here are six simple ways for you to boost slow VPN speed in no time. However, you do not need to try all of them, just work your way down until you find the one that works best for you. 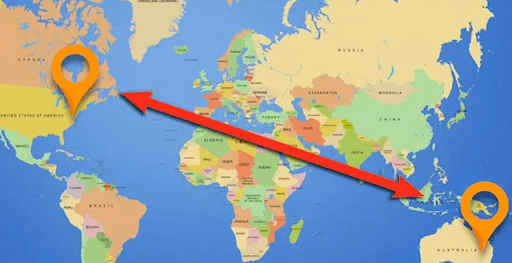 It requires a lot of time for a server to set up a connection with your preferred device if that server is geographically encountered far away. However this seems too obvious, but it is easy to overlook. In your VPN software, always select a server that is as close as possible to your original location.

Best VPNs like NordVPN or ExpressVPN come with an in-built selection tool that finds and selects the closest server automatically. In general speaking, this is called a Ping Tool.

If you want to spoof your location to a particular country, then a server in a different geographical location would only be used. For example, let’s suppose you want to modify your Netflix region library while living abroad, you will need to connect to a VPN server in America. However, do keep in mind that the distance between your device and the VPN server impacts the VPN connection speed.

If there are too many applications or processes running in the background, then your internet speed might get slow. Background running apps could be covering high resources on your computer and slowing down your internet connection speed.

To boost slow VPN speed, all you have to do is just take a moment to see the apps running in the background. And, close those programs, which you no longer need. By closing the unwanted processes you can observe a faster and more stable internet connection. But, unfortunately, if this doesn’t boost slow VPN speed, then you can proceed with the other strategies mentioned below.

Tip 4: Use a Wired Connection

Undoubtedly, Wi-Fi is amazing, but sometimes it can also cost you some speed issues, especially if too many devices are connected to the same network. Since wireless connectivity uses an intercommunication channel to transmit data to many PCs or computer systems or mobile devices in your home, which can eventually make them slow.

To fix the issue, you should consider making a switch to a wired connection. Such connections are well-known for faster and more reliable network connectivity than wireless connections. This will surely speed up your VPN connection and provide you with a better user experience.

Excellent VPN connection protocols utilize a higher bit of encryption. However, this encryption guarantees a good level of security, but it can also broadly lower internet speed.

Last but not least, you can also try to use any other VPN service that offers professional-like services. To be more specific, one will be utilized as your primary VPN provider and the other one will be operated as a backup. Because there are situations where a VPN server is overloaded due to a high range of traffic. Moreover, several VPN services limit throttle speeds and bandwidth.

Therefore, having a secondary VPN service helps you deal with these problems. When choosing a VPN service, your primary focus must be speed and server quality. For better performance and functionality, relying on paid VPN programs is recommended.

Free vs. Paid VPN: Which is Better for Security Management?

Closing Words on How to Fix Slow VPN Speed

So, that was all about how to boost slow VPN speed quite quickly and hassle-free. Before you get started with the troubleshooting hacks, all you need to make sure is that you’re having a good internet connection speed. Then, you can give all the suggestions a try in order to troubleshoot the issue and increase download speeds on a VPN.

How to Blur Background in Zoom [Complete Guide]

How to Blur Background in Zoom [Complete Guide]