If you like to plan and execute then this article lists some of the best strategy games for Mac in 2022 exclusively for you.

Strategy games are the best and most reliable way to blow off some steam as well as keep your brain active. Strategy games allow you to use decision-making and decision-tree techniques to determine what would be the outcome of your acts. Hence, these games work like a brain teaser for gamers. Additionally, as most strategy games are multiplayer, they also allow you to show off your talents and skills to your friends and other players online.

If you like such games and want to play the same with macOS, then have a look at the top best strategy games for Mac. We have curated a list of the top games only so that you can easily find the best one(s) for you and get to gaming right away. So, what are you waiting for? Go through the entire list with games, features, descriptions, and whatnot.

List of the Top 6 Best Strategy Games for Mac: Free

Below, you will find the best strategy games for Mac of all time. Download the games for free, strategize your actions, and get the best gaming experience. 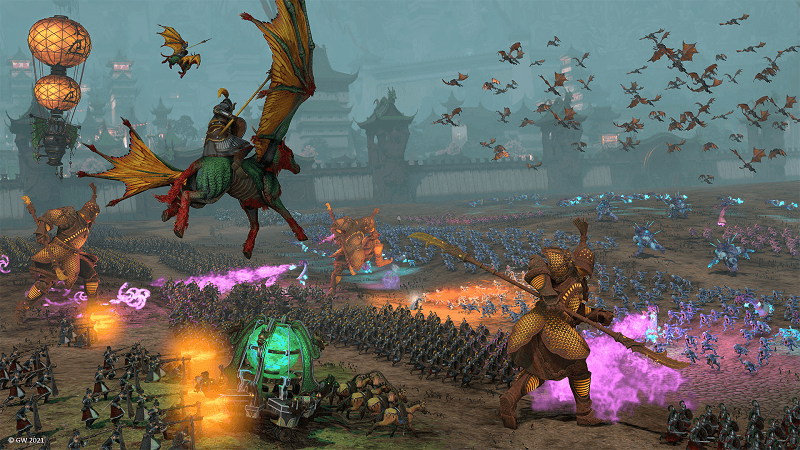 We are starting this list of the best strategy games for Mac with a banger. The Total War series of games have been quite popular amongst gamers in the past. One of the latest additions to this series of games is Total War: Warhammer III. This multiplayer game is available for gamers on Steam.

This is one of the best turn-based strategy games that allows you to create armies and deploy them for combat. With the game, you get some custom gaming and war modes. You can use them, devise a strategy, and engage in battle. With the game, you also get various add-ons and packs of DLC.

This one of the best real-time strategy games is worth playing as it allows you to interact with thousands of players worldwide.

2. Civilization 6: One of the Best Real-Time Strategy Games (Multiplayer) 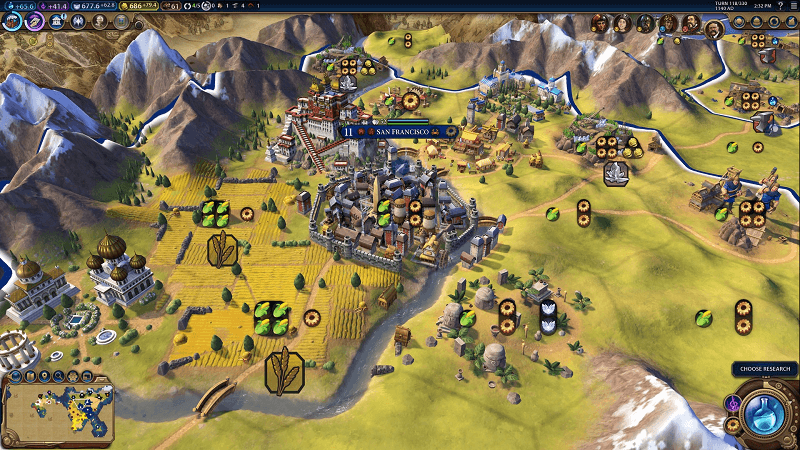 The next name in this list of the best strategy games for Mac for free is Civilization 6. Civilization 6 is the latest addition to the Civilization series from Firaxis Games. The game, just like any other game in the series, is a cross-platform multiplayer game. Just like its name, the player of Civilization 6 has to create a civilization and game on to become the leader of the world.

This is one of the best RTS games on steam that also allows you to enjoy gaming in single-player mode. Gamers can play Civilization 6 on Mac, Windows, Android, and various other operating systems with ease. As the game is supported by so many devices, you do not have to worry about losing progress.

This is amongst the top strategy games for Mac that allow you to choose and collect weapons, build armies, fight dynasties, and do a lot more. Hence, this game provides the best gameplay experience to you in real-time.

3. StarCraft 2: One of the Top Strategy Games for Battle.net. 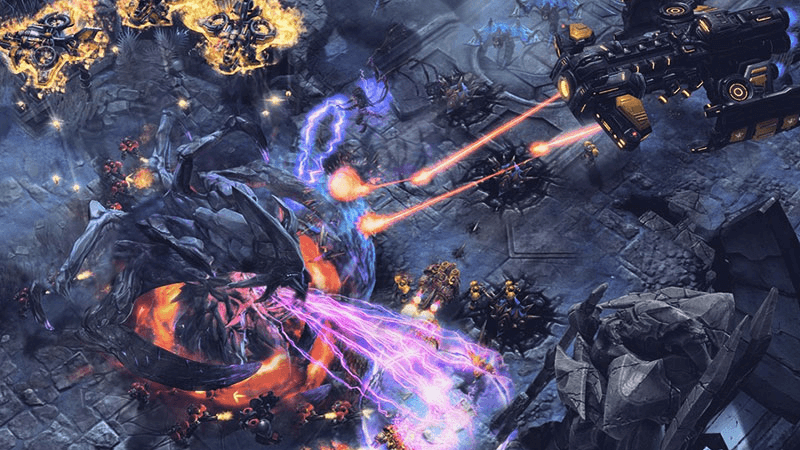 If you are enticed by aliens, space exploration, spaceships, planets, and interglacial prodigies, then you will love StarCraft 2 for sure. This is one of the best strategy games for Mac that comes in two different series named StarCraft II: Legacy of the Void and StarCraft II: Wings of Liberty.

The gameplay of both versions of StarCraft 2 is quite amazing. This science fiction game allows you to create space fleets, add different creatures, and weaponize to take control of other galaxies and planets. Your ultimate goal is to defeat the evil leader in the game named Arcturus Mengsk.

This is one of the best free online strategy games that are easy to get a hold of but takes a lot of effort to gain expertise. The game can be played using Battle.net and as a standalone app (Windows only).

4. Hearts of Iron 4: Amongst the Best RTS Games on Steam 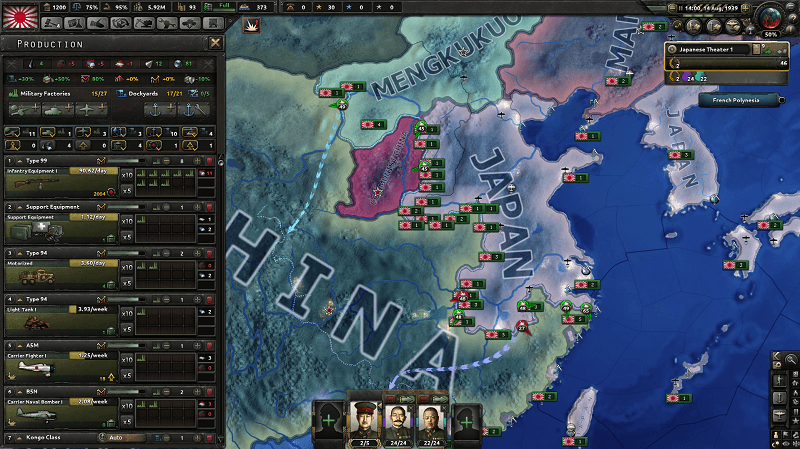 If you are moved by the real wars of history, you should give Hearts of Iron 4 a try. This is one of the best strategy games for Mac that is set in the World War 2 period. As a leader, you can build up tanks using different accessories, add troops, and weaponize and strategize your plan to defeat the opponent.

Watch in real-time with this one of the best RTS games on Steam while your troops fight with other countries. The gameplay of Hearts of Iron 4 is quite interactive. You can become a part of major economies like the Soviet Union, the United States, etc. During the gameplay, you can select from a wide range of arsenal and deploy them for the best.

You should try the game if you are looking for one of the free online strategy games with a simple interface and graphics.

5. Battletech: One of the Best Free Strategy Games for Mac 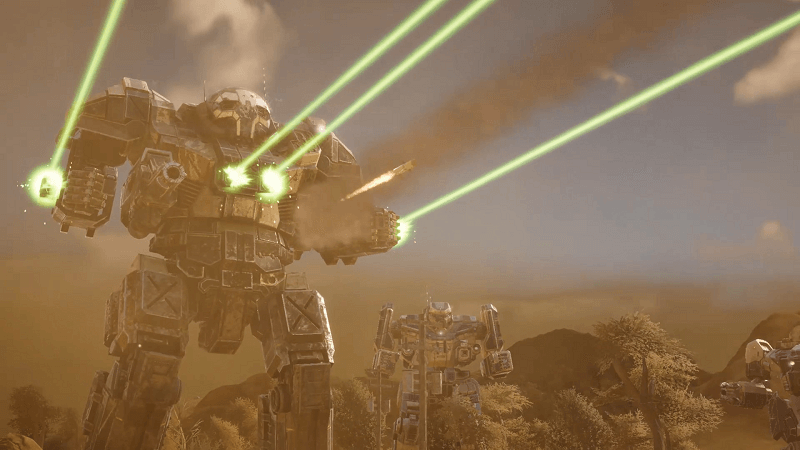 The next addition to this list of the best strategy games for Mac is Battletech. This is an amazing multiplayer game that also allows you to strategize for victory. In the gameplay, you, as a mercenary commander, proceed with your troops to attack others. For this, your character sits inside a human-shaped robot for combat.

For the gameplay, just like any of the top strategy games listed here, you can select from a variety of accessories and weapons to connect with one another and deliver lethal attacks to your opponent. As you play and win, the level or experience of your character increases, allowing you to deliver more dangerous damage in the upcoming battles.

In BattleTech, you can also move around your robot to hide or get closer to the target and attack harder. This is one of the free online strategy games worth trying with your friends.

6. Endless Space 2: One of the Best Turn-Based Strategy Games 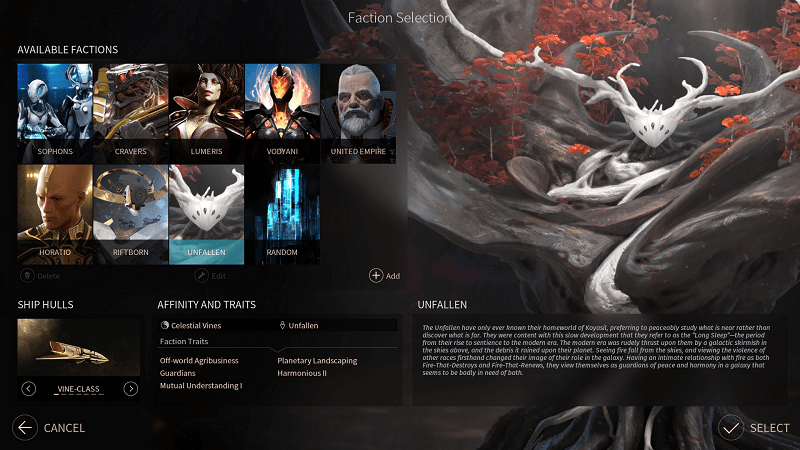 The last game as one of the best strategy games for Mac is Endless Space 2. The story of Endless Space is quite simple. There is a race called Endless dominating the galaxy by putting their minds into robots and living for eternity. However, your task is to develop your race, add weapons, strategize, and play to create an empire that will be strong enough to retain power in the future.

You need to improve your race as well as overcome and conquer other races. This is one of the best free strategy games for Mac that allows you to use the best of your brain and implement it for the greater good of your race. The game has amazing graphics with multiple galaxies.

This is one of the best turn-based strategy games that allow you to create amazing space mobiles, along with weapons, and attack the enemy with the full potential.

So, above we had a look at some of the best strategy games for Mac. All the games listed above are the top ones played by thousands of gamers around the world. The ratings and reviews of these games across all the major portals are quite positive and gamer-oriented.

We hope that you liked at least one of the best real-time strategy games listed if not all. Do let us know which game you liked the most. If you have any questions or want more suggestions, use the comments section to reach us. We will get back to you as soon as possible with an appropriate and helpful response.

Subscribe to our newsletter if you liked the best strategy games for Mac listed above.

8 Best Freelance Platforms for Beginners to Earn Money in 2023

8 Best Freelance Platforms for Beginners to Earn Money in 2023

13 Best Overclocking Software For Windows In 2023